Welcome to the Balkans – where East meets West and new merges almost seamlessly with old. The countries of the Balkans are at the crossroads where the Ottoman Empire met Christian Europe and are home to fascinating towns, ancient monasteries, numerous UNESCO sites and dramatic landscapes. 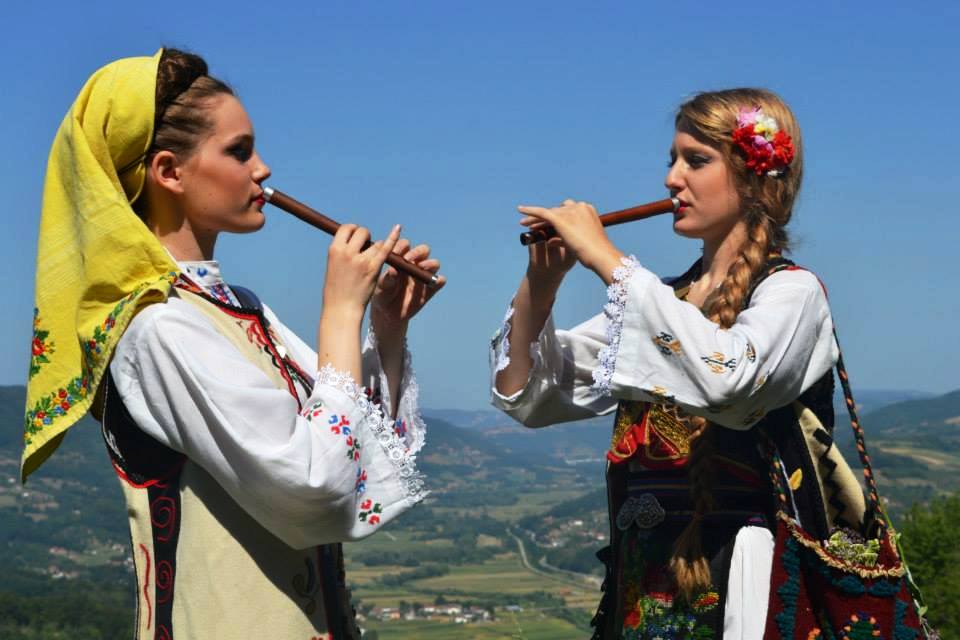 The Balkan Tours give you one exciting ride through the cities, villages, and stunning landscapes that defined the start of European civilization: Serbia, Montenegro, Croatia, Bosnia & Herzegovina, Macedonia, Kosovo, Albania, Greece, Bulgaria and Romania. Programs tailored for you lets you decide where and when you want to travel – in either consecutive or non-consecutive days. And you can experience one or all when you get on track with our team. 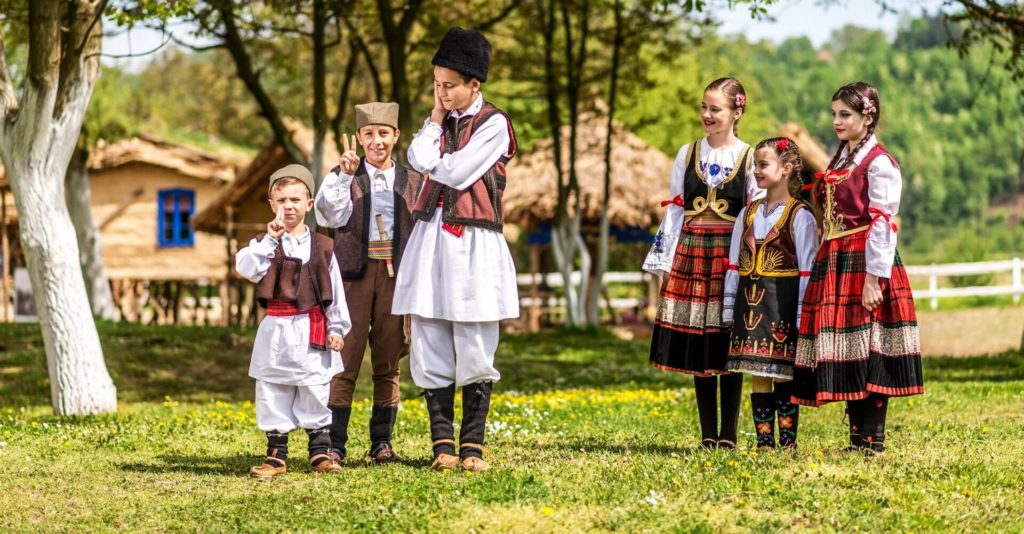 The first question on most people’s lips is: where exactly is the Balkans? Well, it comprises one of Europe’s main peninsulas (the others are Italian, Iberian and Scandinavian peninsulas). The word Balkans comes from the Turkish for ‘mountains’, because although the peninsula is surrounded by four seas, namely the Adriatic, Ionian, Aegean and Black Sea, there is also the most colossal collection of mountain ranges running through it. 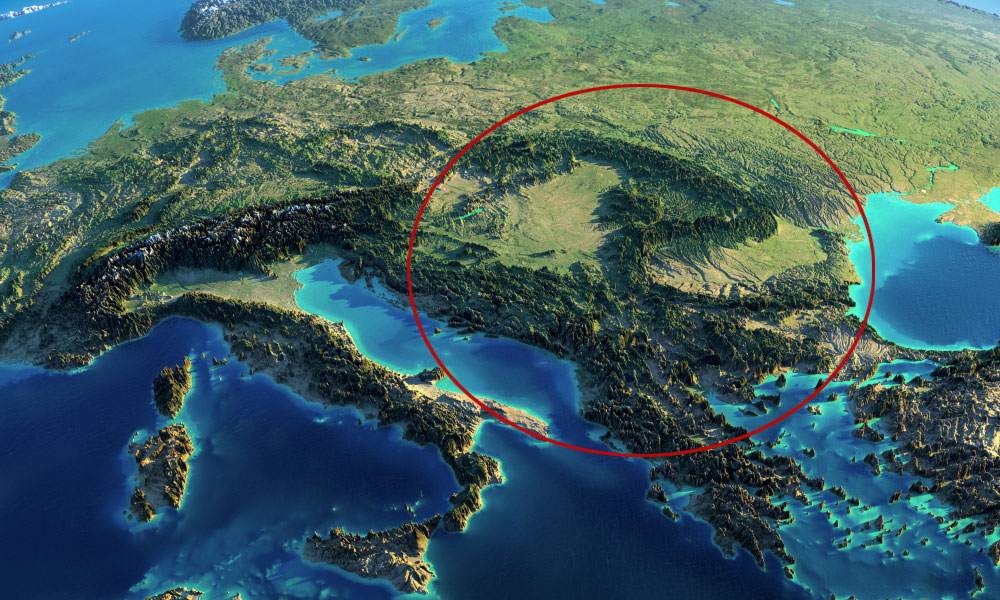 Over the centuries people have travelled to this region of Eastern Europe for its fertile soil, natural resources and healing waters. Balkan is not only blessed with a great abundance of crystal clear mountain rivers but with high quality thermal springs as well. The healing powers of thermal and mineral waters have been well documented throughout history, some even dating back to Roman times. A number of thermal springs are located throughout the region in unspoiled natural surroundings. 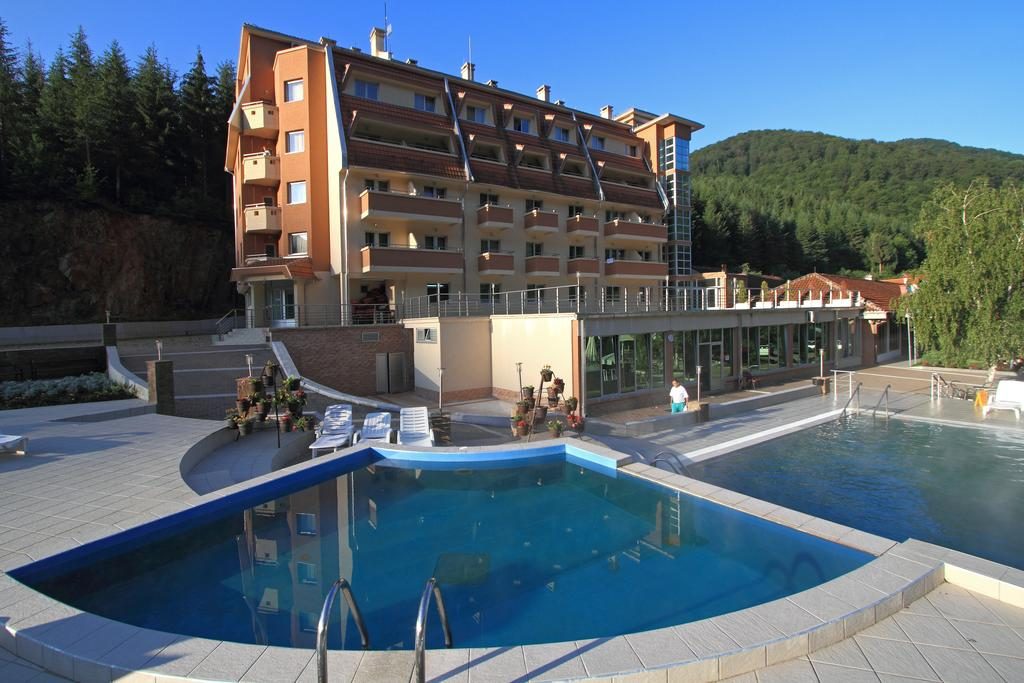 The coastlines, the mountains and the cultural groups that divide the Balkan Peninsula have long been hallowed ground for adventurous travellers and cultural tourists alike with Balkan tours conjuring up a whole host of different reasons to visit. In the region’s traditional highland villages you’ll discover one outstanding area of natural beauty after the next with hillsides swathed in ancient forests and tumbling waterfalls giving way to jutting peaks and deep canyons where views over the Adriatic are simply sublime. 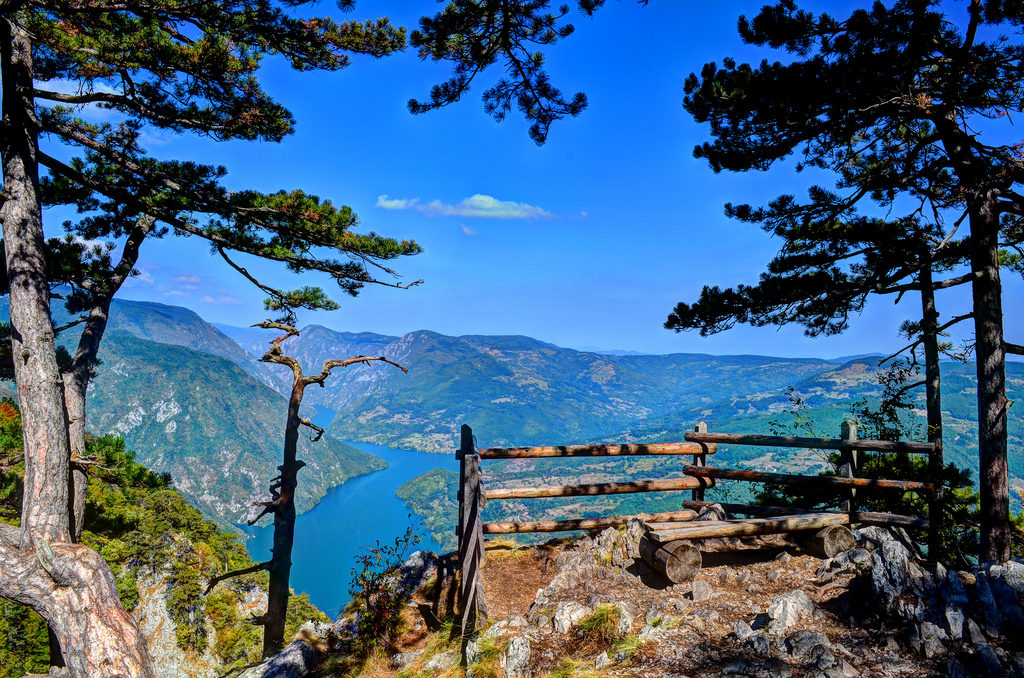 With historical attractions and nightlife in Belgrade, Sarajevo’s beautiful old town, Durmitor National Park or the stunning Kotor Bay in Montenegro and lively Dubrovnik, Balkan tours are delightfully different and will introduce you to a charming corner of the continent. Whatever you’re hoping to find or expecting to see in Balkan region, will help you dispel the images of the past as you discover a world away from mass tourism and more complicated modern times. 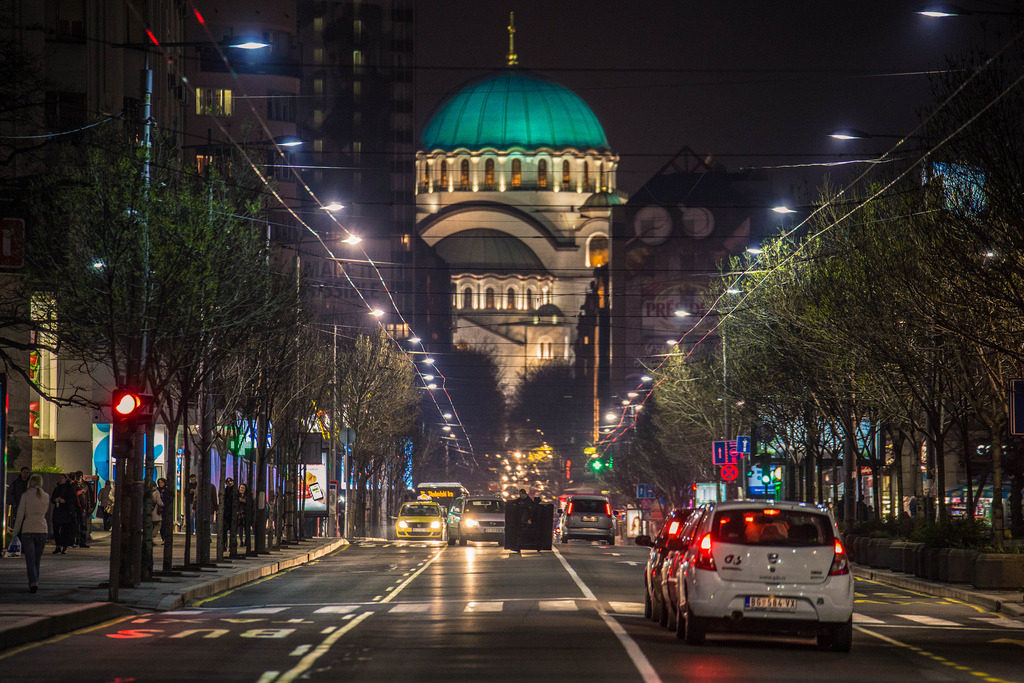 We create cultural tours for groups, to promote as well as possible the fascination of the Balkan countries, their soul, pride and kindness, a kaleidoscope of ancient traditions and cultures, natural beauties, historical, spiritual and anthropogenic richness. 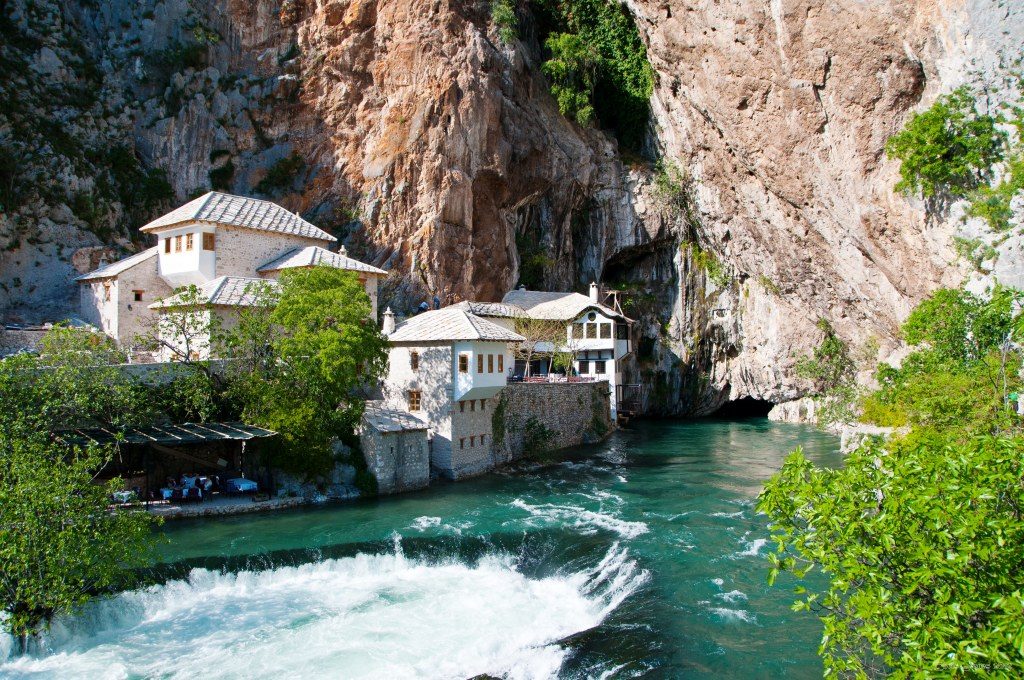 We propose a wide range of products:

• Classic Balkan tours – The best of each country 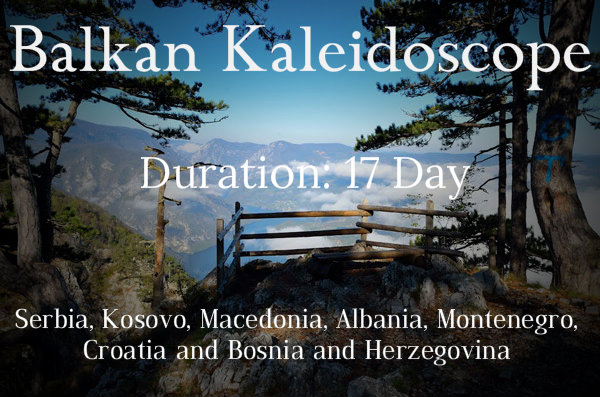 Balkan Kaleidoscope
Uncover some of the wonders that the Balkans have to offer on this 17-Day Balkan Discovery tour. You will explore more of the Balkan’s region visiting stunning beaches, famed landmarks, ancient sites and learn about the tumultuous past.
Read More 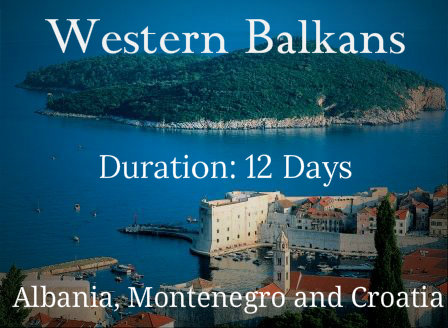 Western Balkans Tour
Western Balkans Tour takes you on the crossroads between east and west full of hidden gems waiting to be discovered in Albania, Montenegro and Croatia. Join us and enjoy in the remarkable nature, history and culture of fascinating Balkan countries.
Read More 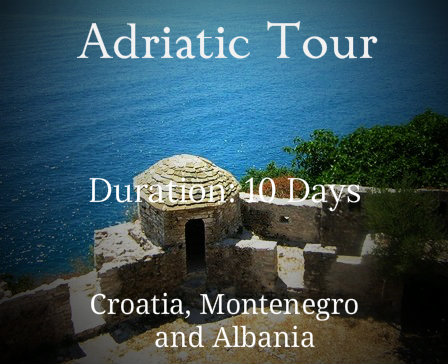 Adriatic Tour
Discover the last secrets on this Balkan tour in the heart of the Mediterranean, on the Adriatic and Ionian Seas but much away from the main tourist trails. Adriatic Tour package taking you through 3 countries and 14 destinations.
Read More

Touch of Orient
Touch of Orient Tour take you in one of the last undiscovered corners of Europe, cultural variety forged over the centuries by numerous political changes and imperial influences. Join us on our Touch of Orient tour and discover the charms of the Balkans!
Read More