The road to Old Bar & Ulcinj – southernmost part of the Montenegrin coast starts from Budva, passes Sveti Stefan and Petrovac towards Bar. 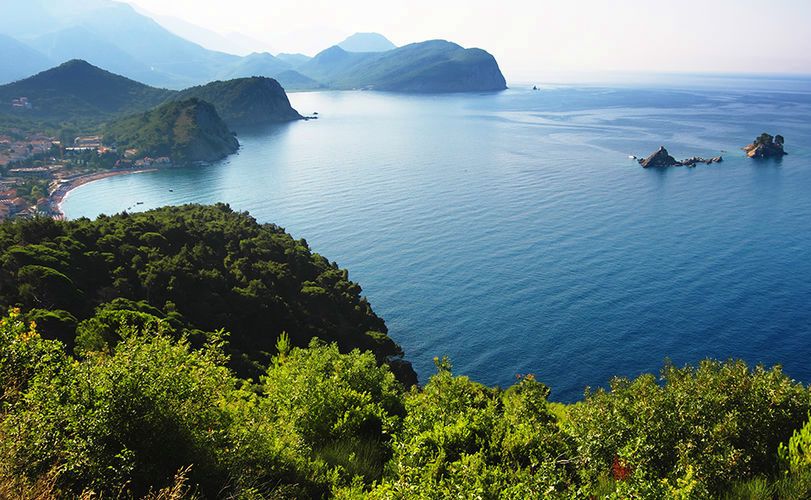 It goes past the resorts of Canj, Sutomore and Susanj, and reaches Bar, the main port and costal transport centre in Montenegro. From Bar, the rail line goes to Belgrade, by way of Podgorica, and there is a ferry service connecting Bar with the Italian city of Bari. 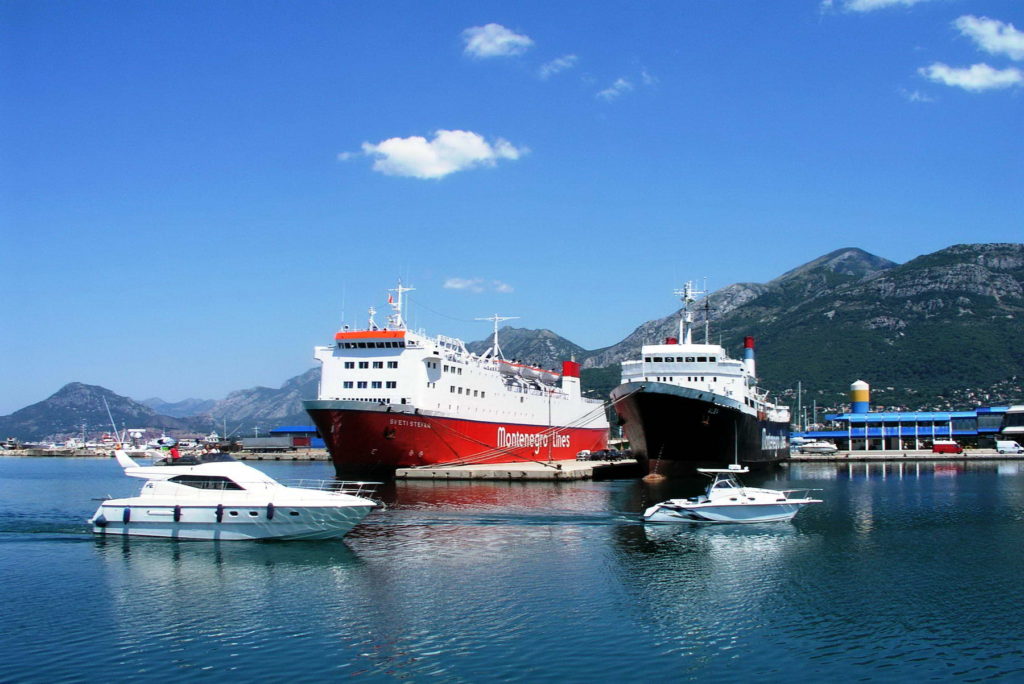 Bar is modern city with wide boulevards, surrounded by Mediterranean vegetation, Bar represents the biggest tourist and nautical centre at the entrance to the Adriatic Sea. 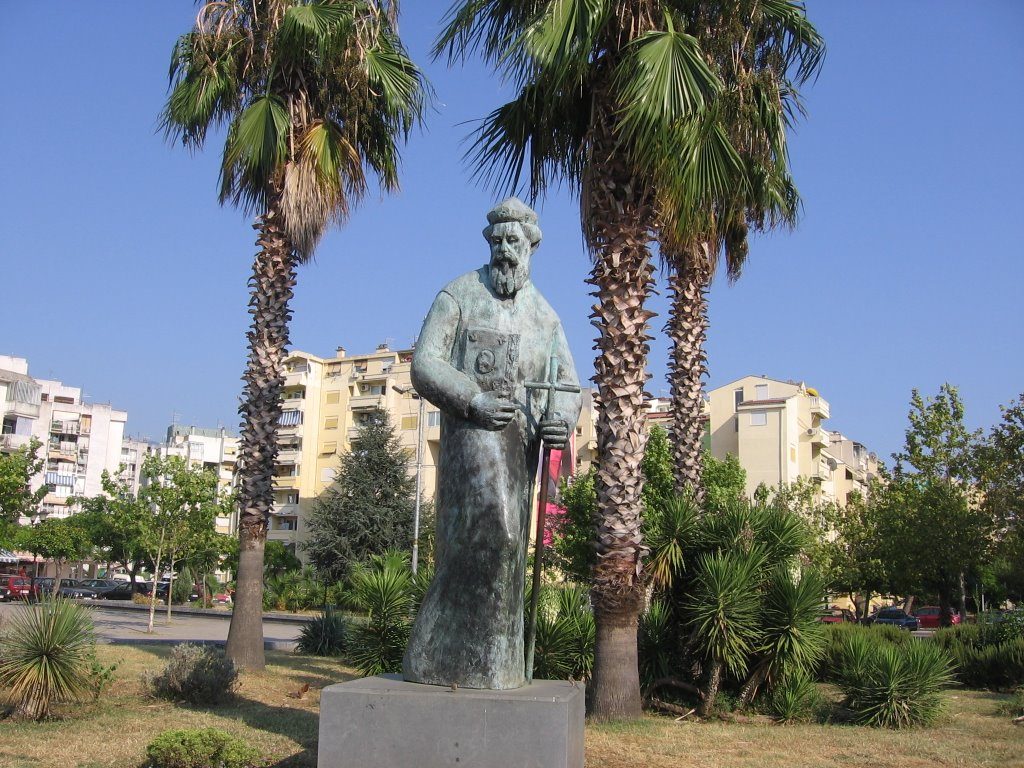 The magnificent Cathedral of St. John Vladimir whose construction began nearly 20 years ago, located in downtown, not far from the coast. This huge, modern, gold-topped cathedral can be seen from all across Bar. It’s dedicated to Jovan Vladimir, the patron saint of Bar, who is considered to be the first Serbian saint. 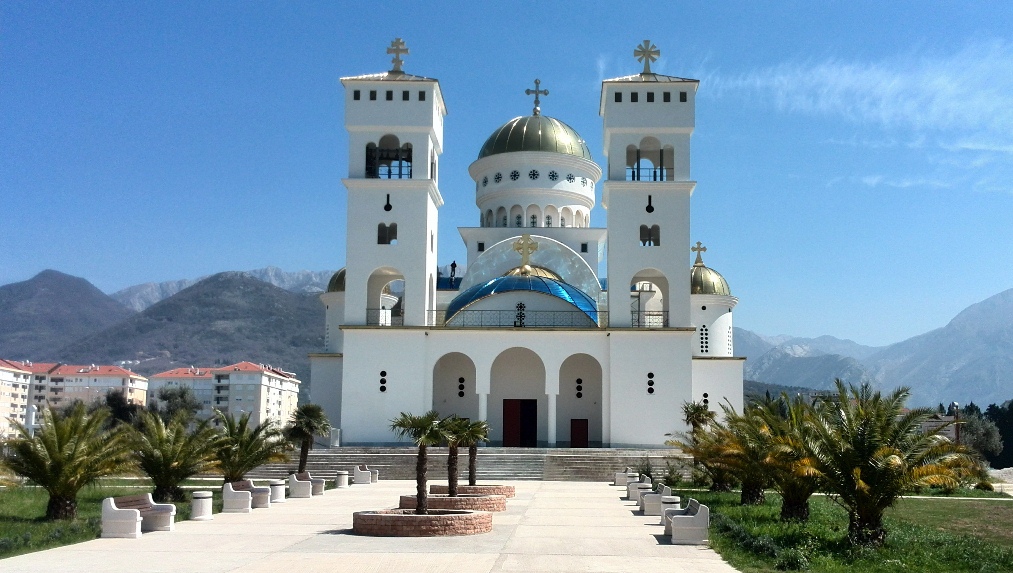 The turbulent history of this city is testified to by the numerous cultural and historical monuments, of which the most important is The Old Town of Bar, 4 km away from the shore. 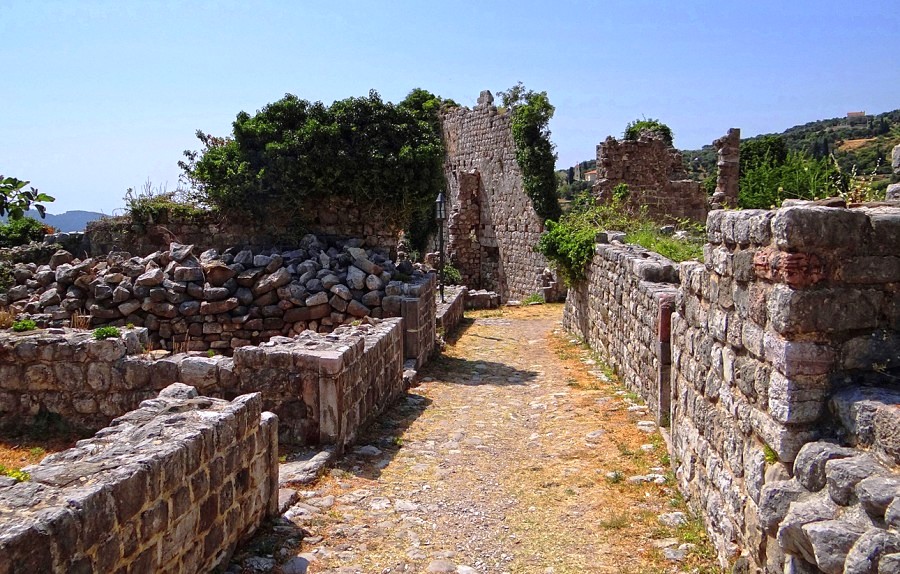 Stari Bar (Old town Bar), formerly known as Antibareos or Antivari, is situated at the foot of Mount Rumija, on a steep cliff, inaccessible from three sides. 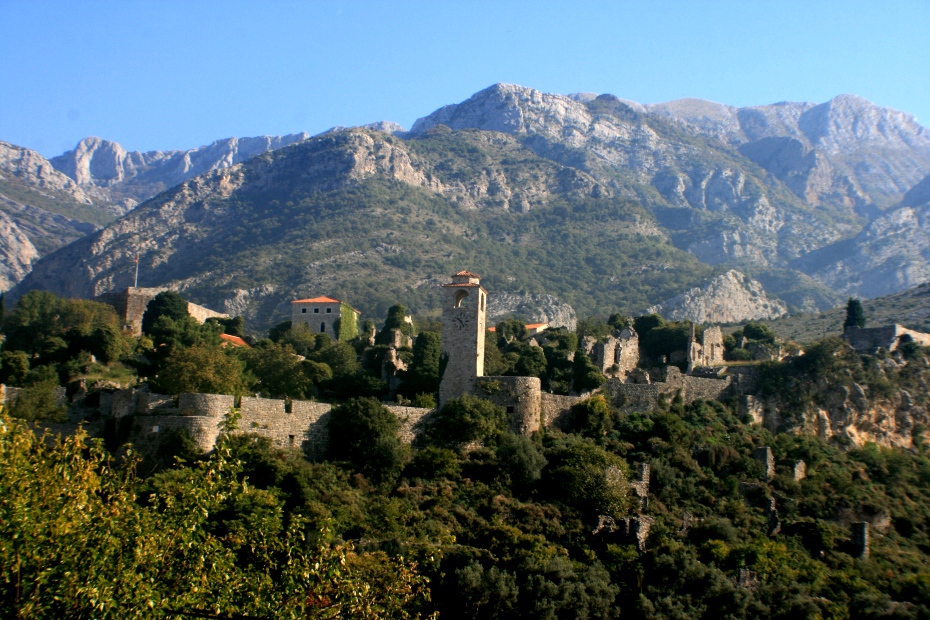 The Old Town of Bar also known as a Montenegrin Pompeii is the largest urban agglomeration among the ruins in Montenegro. 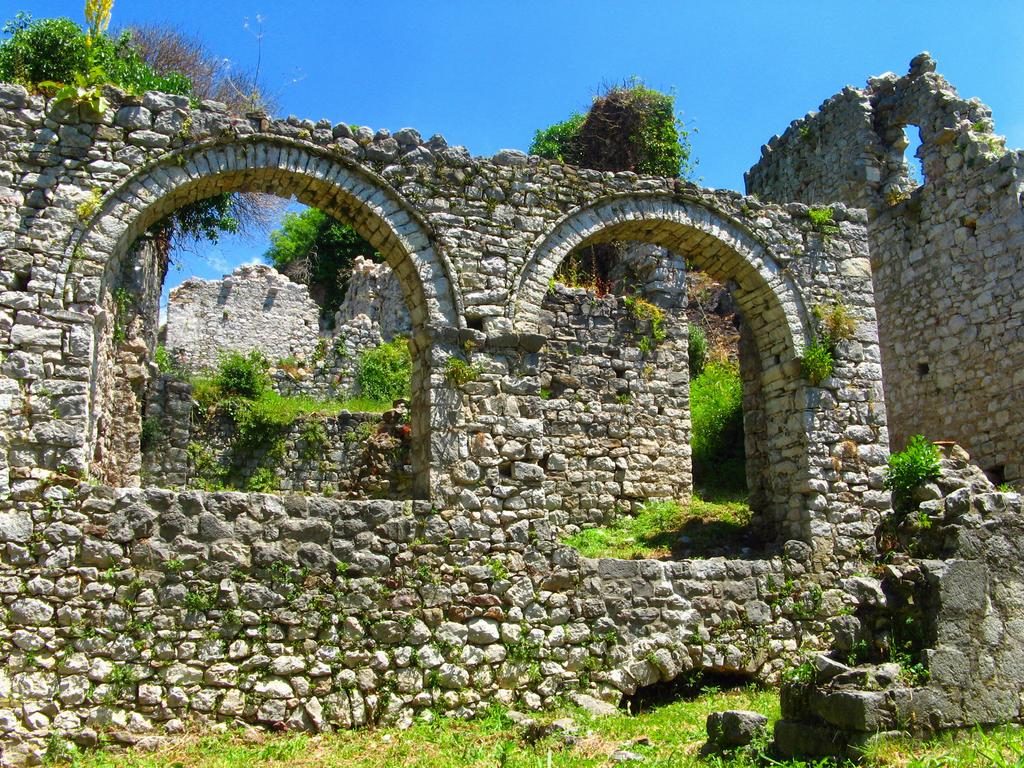 Its origins date back to the 6th or 7th century, when a Roman settlement was here. That this and other surrounding places were inhabited even earlier is confirmed by objects discovered from the Neolithic period, and certainly by the old olive tree of Mirovica, which is believed to be over 2,000 years old. 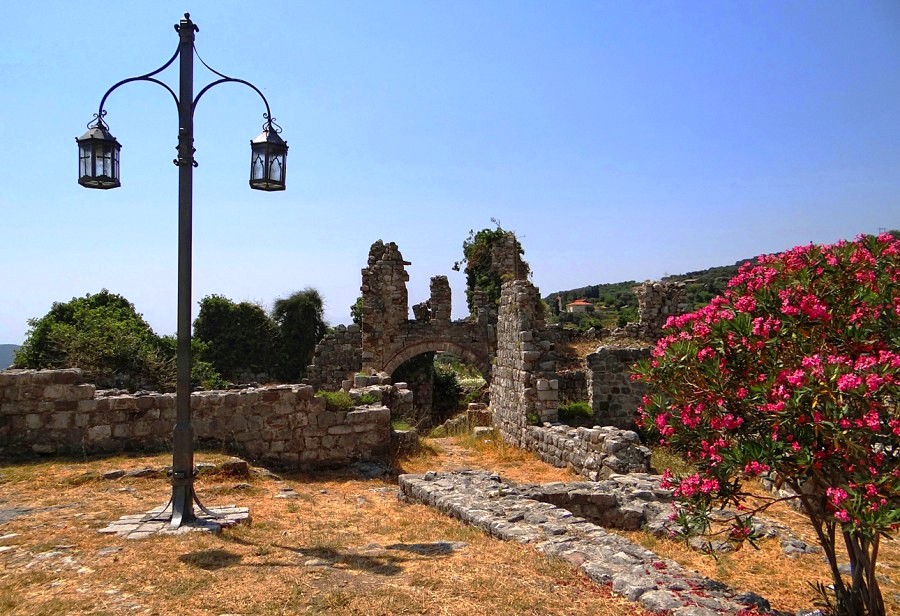 The town hosts remains of 240 buildings in ruins with narrow winding streets and irregular-shape squares. The buildings were made of hewn stone and built as one or more storey-buildings. 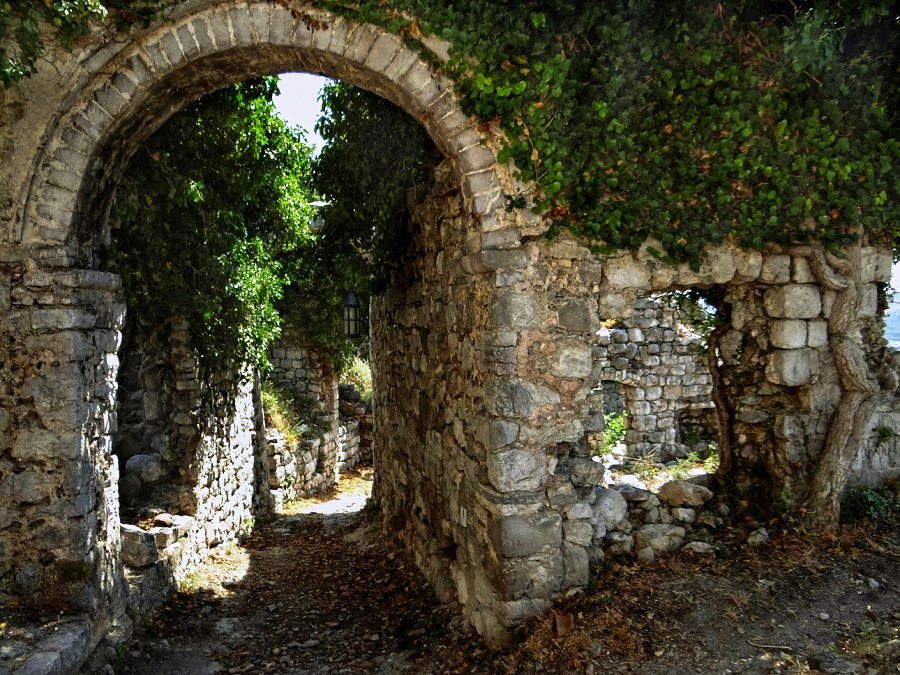 Several buildings such as: the steam bath, the powder magazine and the Clock Tower were built in the Ottoman era as well as the aqueduct which supplied the Old Town of Bar with drinking water. 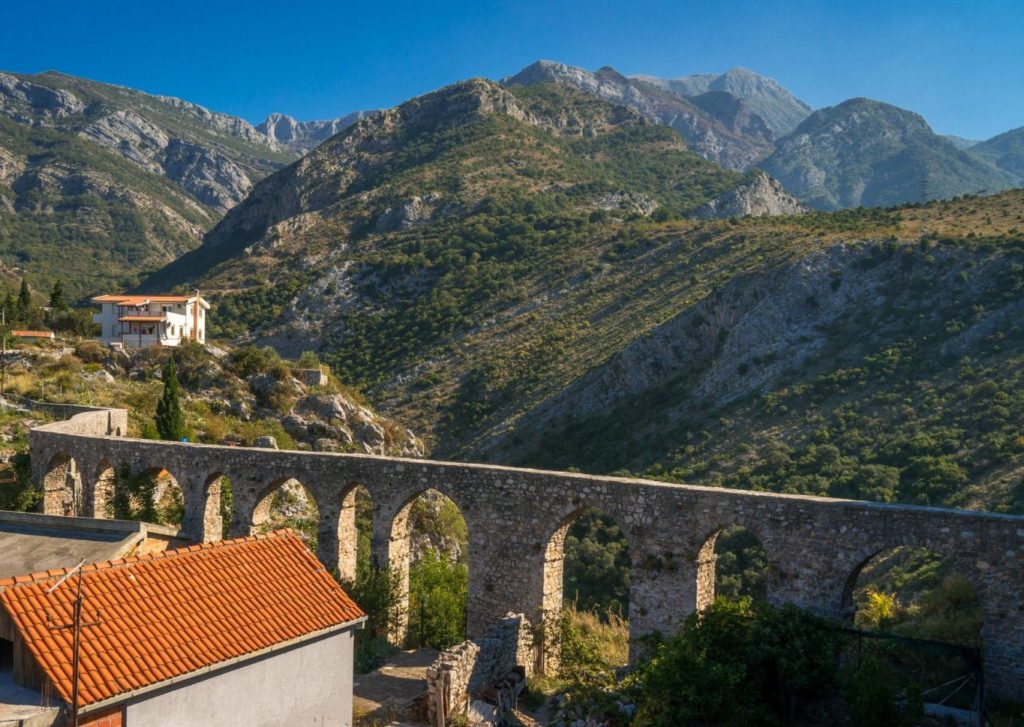 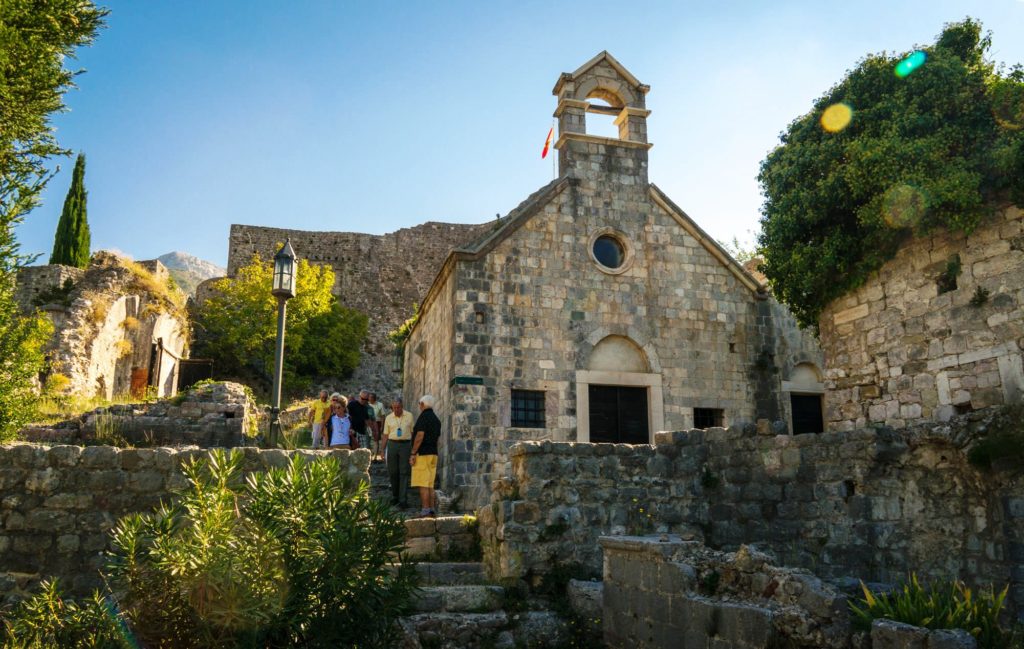 Old Bar is a combination of an Oriental and Mediterranean town and, after the development of the new town closer to the sea, it was gradually deserted. 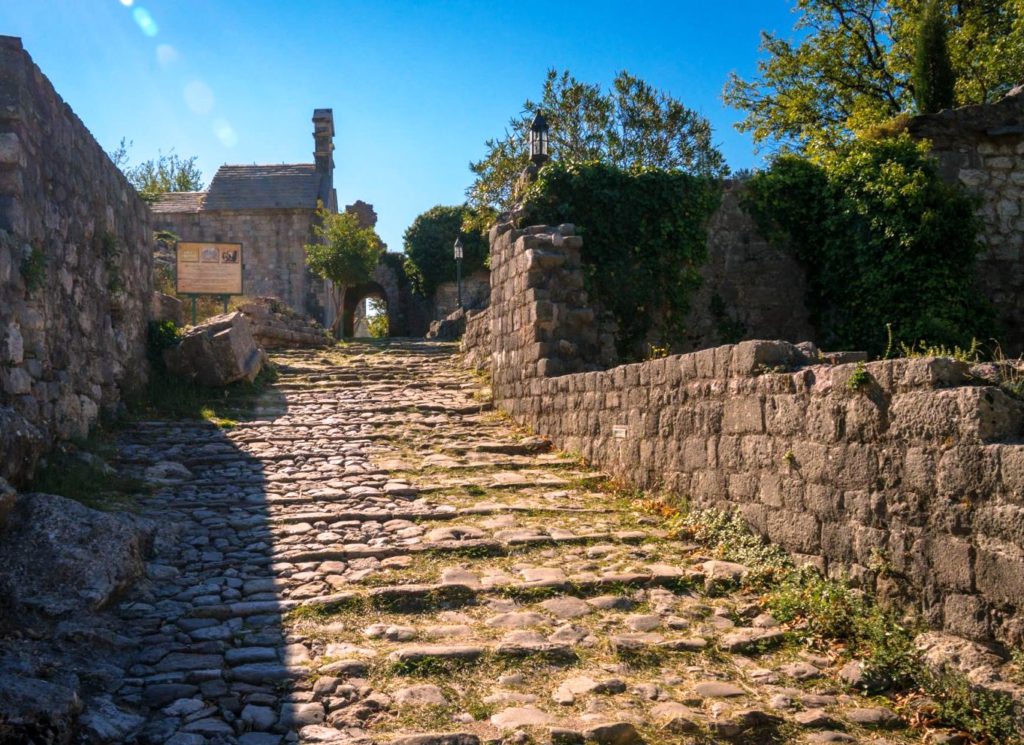 Position of the Old Town of Bar offers the visitors the opportunity to see from the old ramparts walls a beautiful panorama of the green valley of Bar, the new part of the town, the port, open seas and massif of the mountain of Rumija. 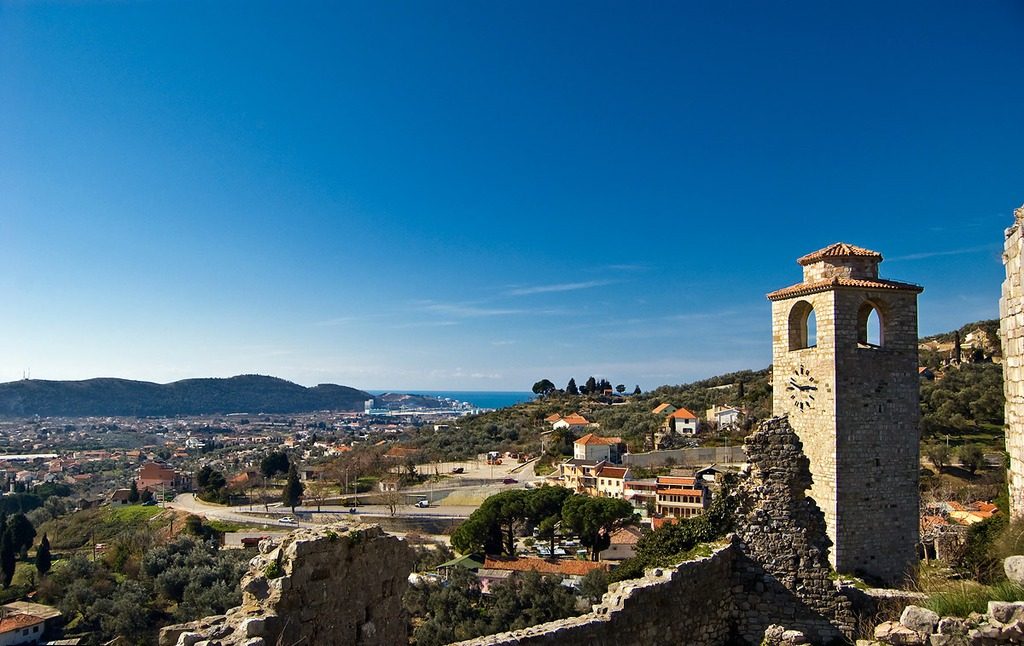 Nowadays, there are many stores which offer their customers local products such as: citrus fruits, olives, olive oil from the area of Bar, cheese and a variety of local handicrafts, souvenir shops, cafes and restaurants at the entrance to the town, whose authenticity will impress you. 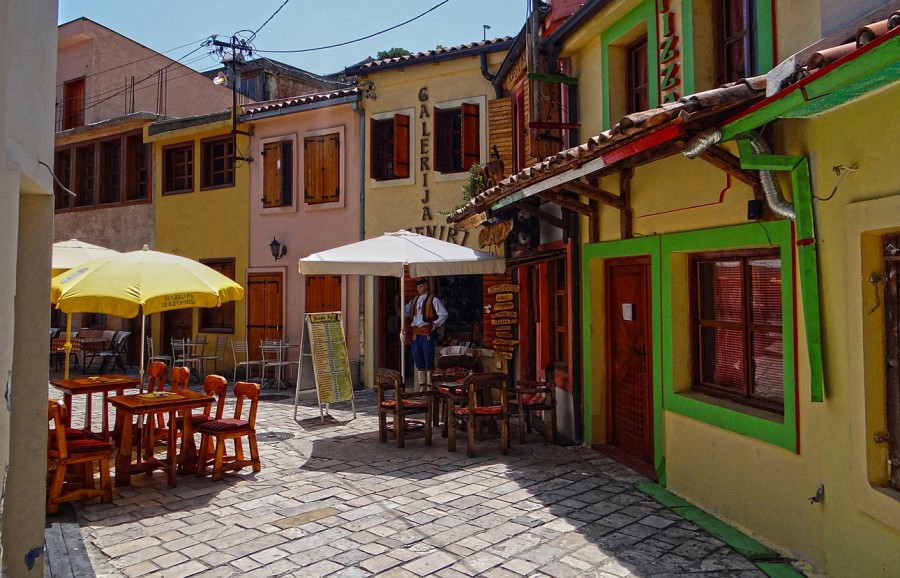 Few minutes away from the Old Bar by bus, there is a place where one of three oldest olive trees in the world grows more than 2.000 years. This olive tree still gives the fruits. One of peculiarities of our coast are also olive trees. In the good old days sailors from this region were not allowed to marry before they planted certain number of olive trees. Thanks to this custom there are more than 500 000 olive trees along Montenegrin seaside. On the road to Ulcinj, there are several sandy and pebbly beaches, the best known being Valdanos while just inland there is a unique olive grove with 18,000 olive trees. 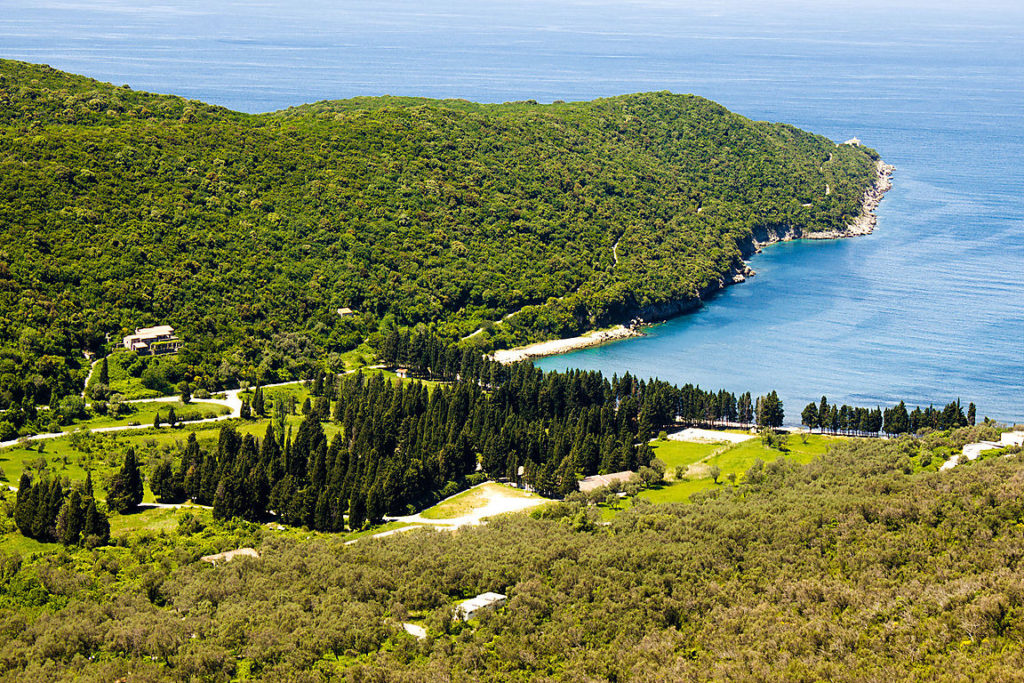 The Old Town of Ulcinj, which is over 2,000 years old, was built on a cliff above the Small Beach. 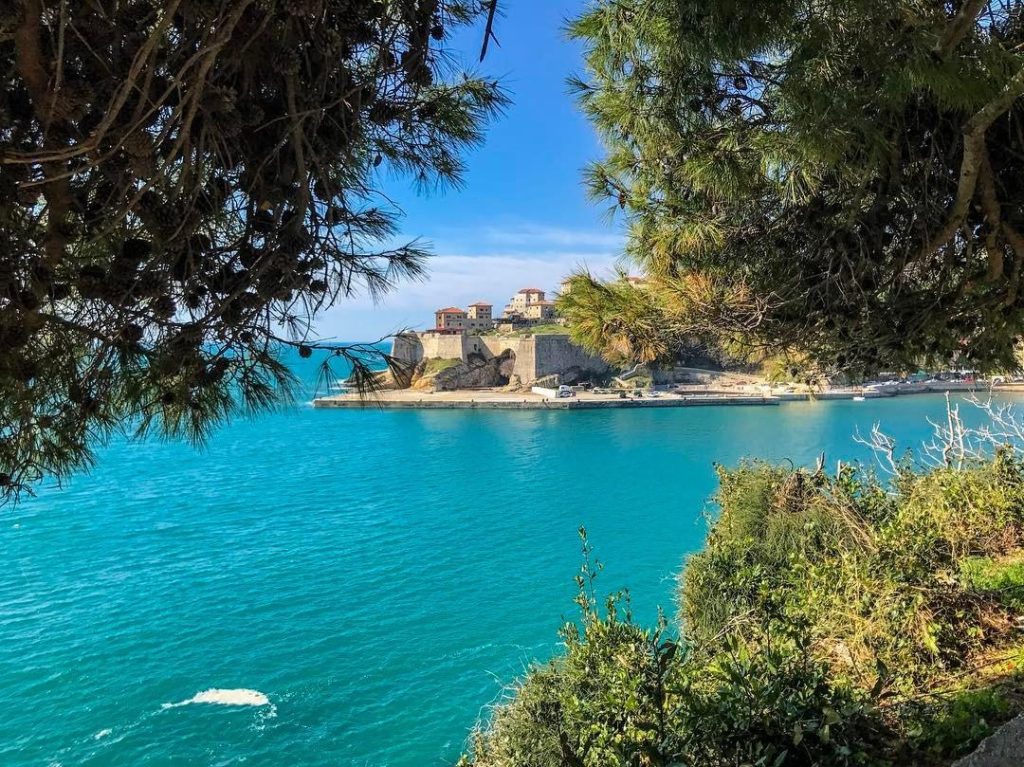 The Old Town in Ulcinj is one of the oldest urban architectural complexes along the Adriatic Sea. In this enchanting dish resembling a stranded ship for 25 centuries life has been booming, civilizations have been exchanging leaving their vivid traces up to now. It is an antique town with picturesque middle-aged, narrow and curving streets, densely joined two and three-floor stone houses decorated by elements of the Renaissance and Baroque, and finally there is a series of valuable edifices from the Ottoman time. 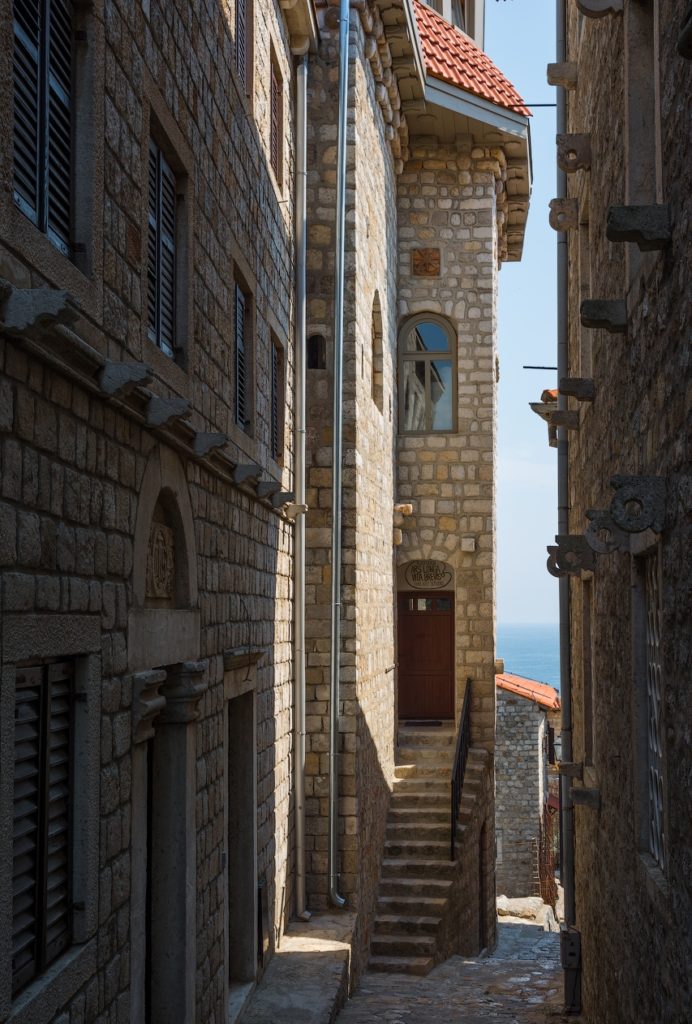 Slave Square is surrounded by arches, due to the fact that since the middle of the XVII century Ulcinj had become a significant slave market. 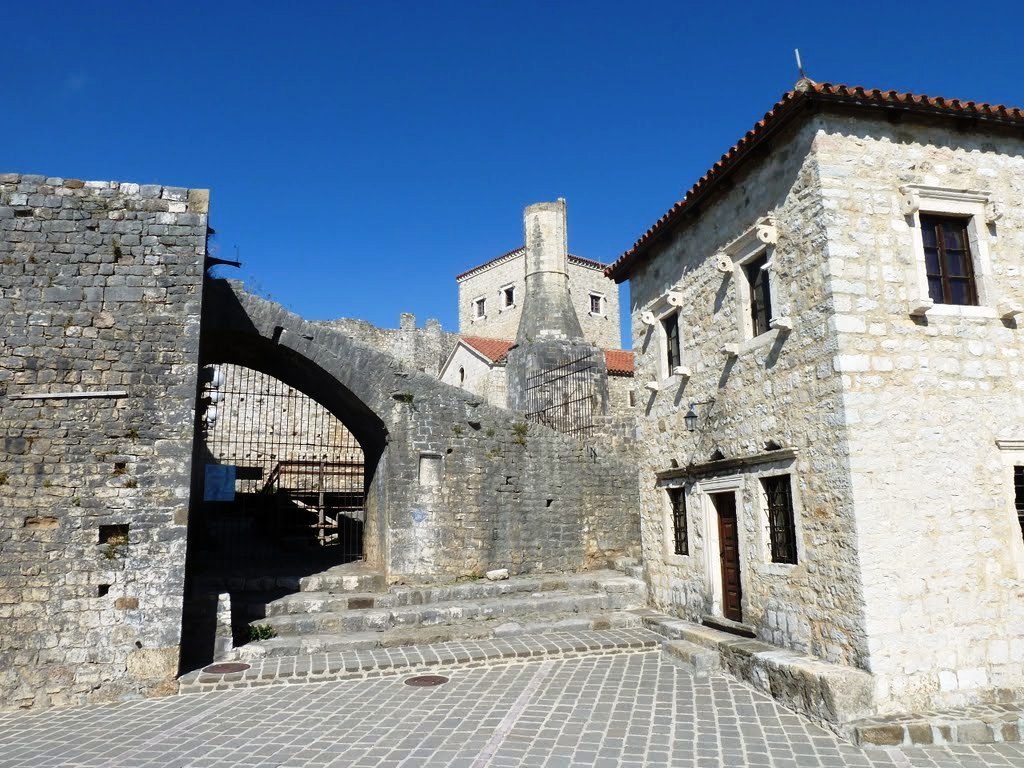 These slaves used to be captured by Ulcinj pirates. Most of the slaves in Ulcinj came from Italy and Dalmatia. 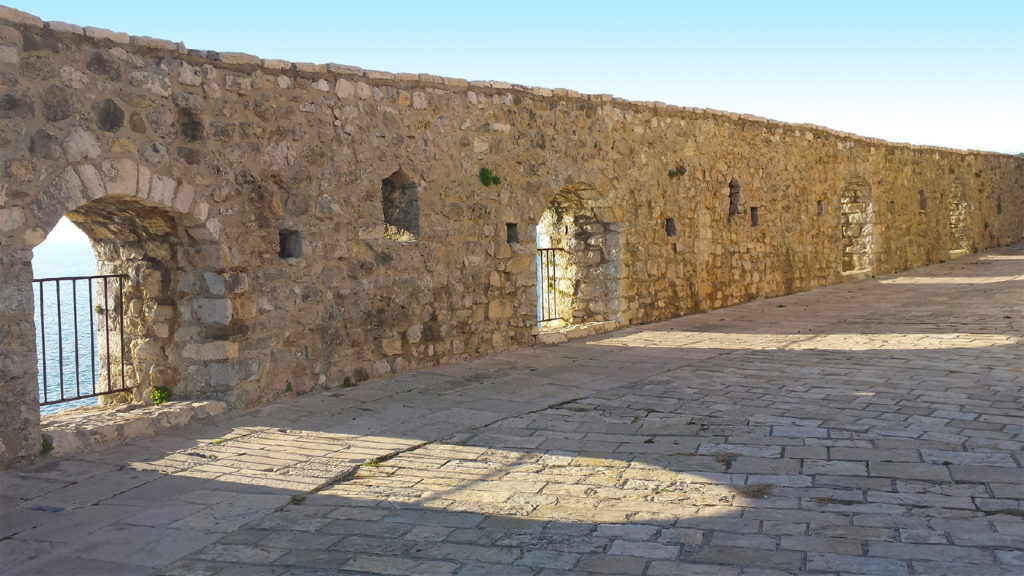 The Ulcinj pirates mostly robbed rich villas along the coast of Apulia and Sicily, and then they would capture the owners and sell them as slaves. 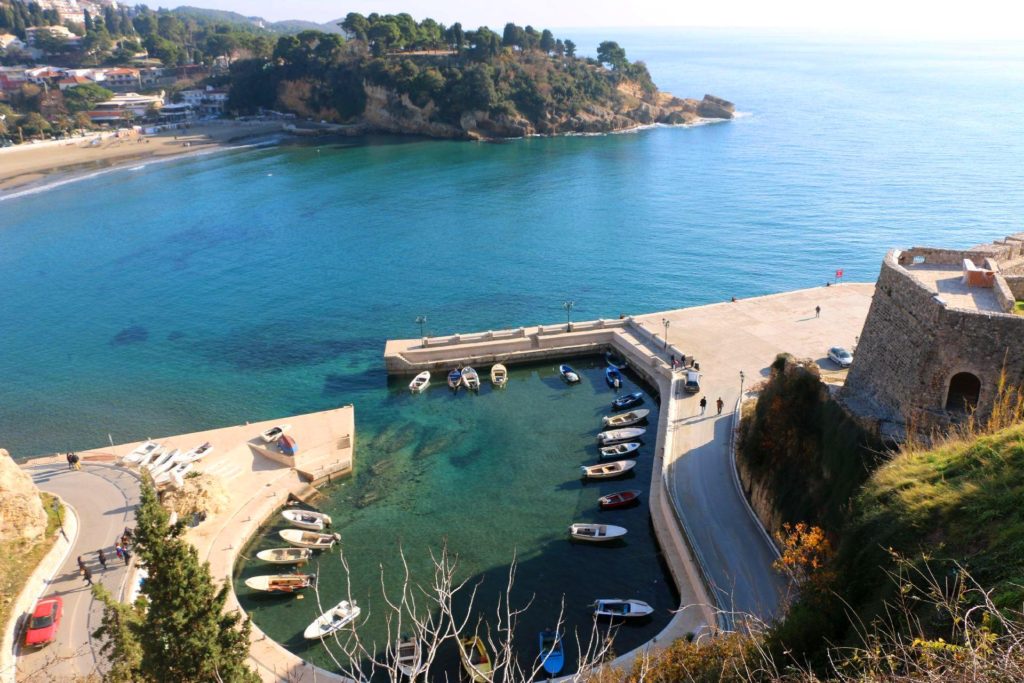 It was once a famous pirate town and legend has it that the famous Spanish author, Cervantes was a slave here after he had been captured by pirates. 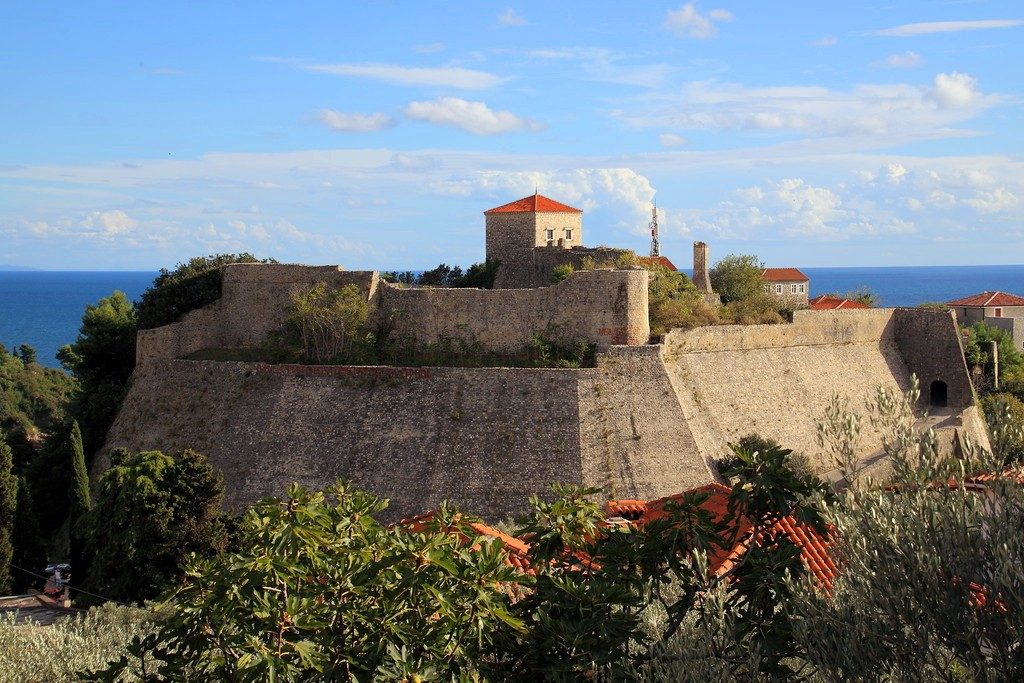 An attempt to describe the natural beauties of Ulcinj will remain just an attempt. Nature has been very generous towards this part of the Adriatic coast, by creating a colourful mosaic of magnificent contrasts in a unique way. 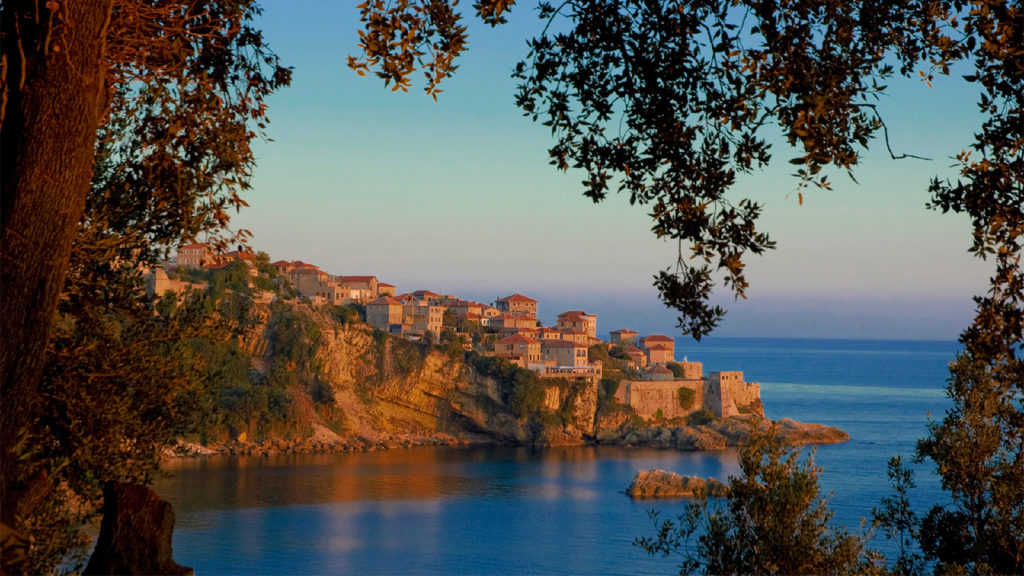 To the south of the town, there is the Long Beach, which extends for around 13 kilometres, and is the longest beach on the Adriatic. 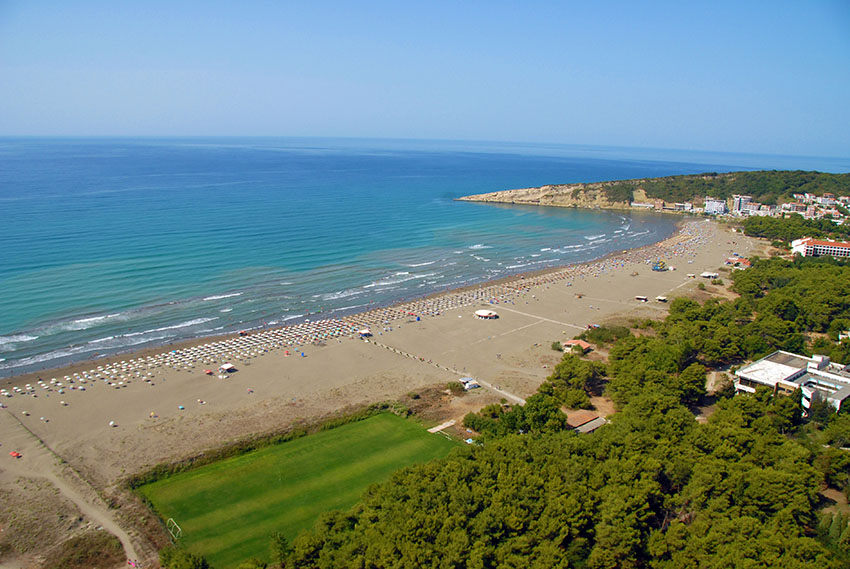 The island of Ada Bojana, is located 15km away from center of Ulcinj at the southernmost point, and it is triangular in shape, situated between two branches of the River Bojana, at its estuary to the Adriatic Sea. 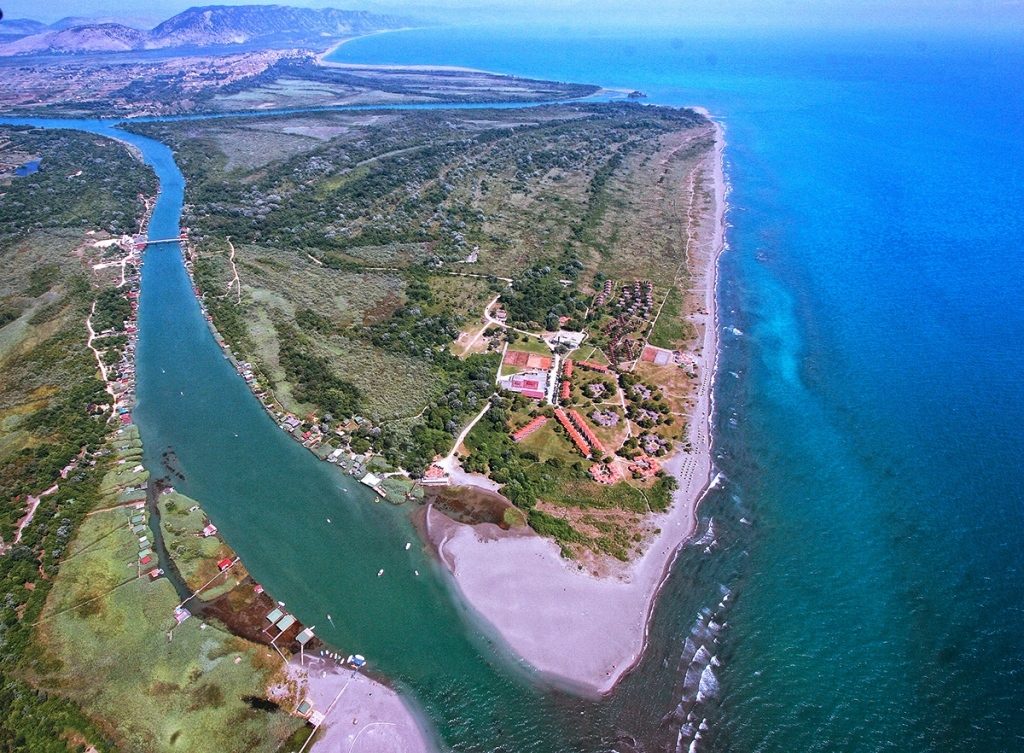 On the shore of river Bojana there are many restaurants which serves lots of traditional seafood dishes as well as the usual selection of pasta, risotto, steaks and grills. It’s a wonderful spot to watch the sunset from. 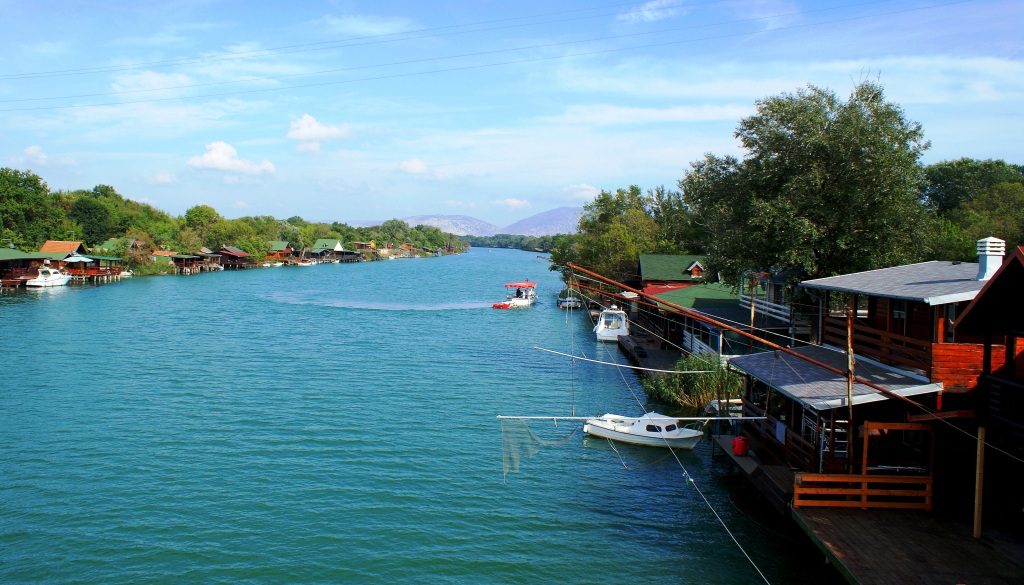 Ada Bojana is famous for its intact nature and a nudist resort. It is a genuine sailing paradise here. 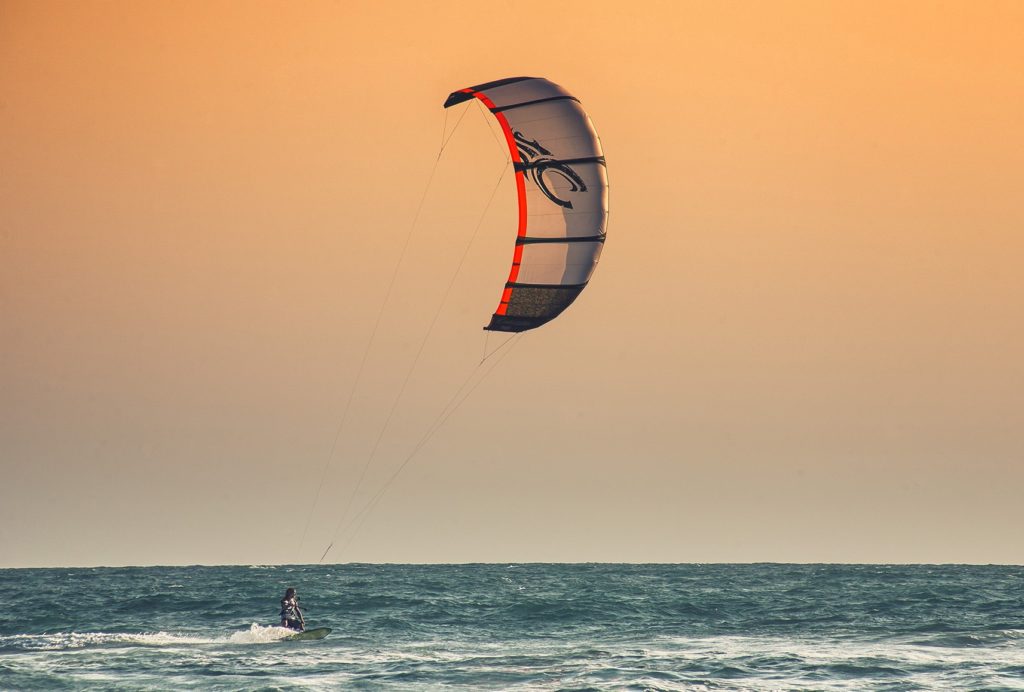 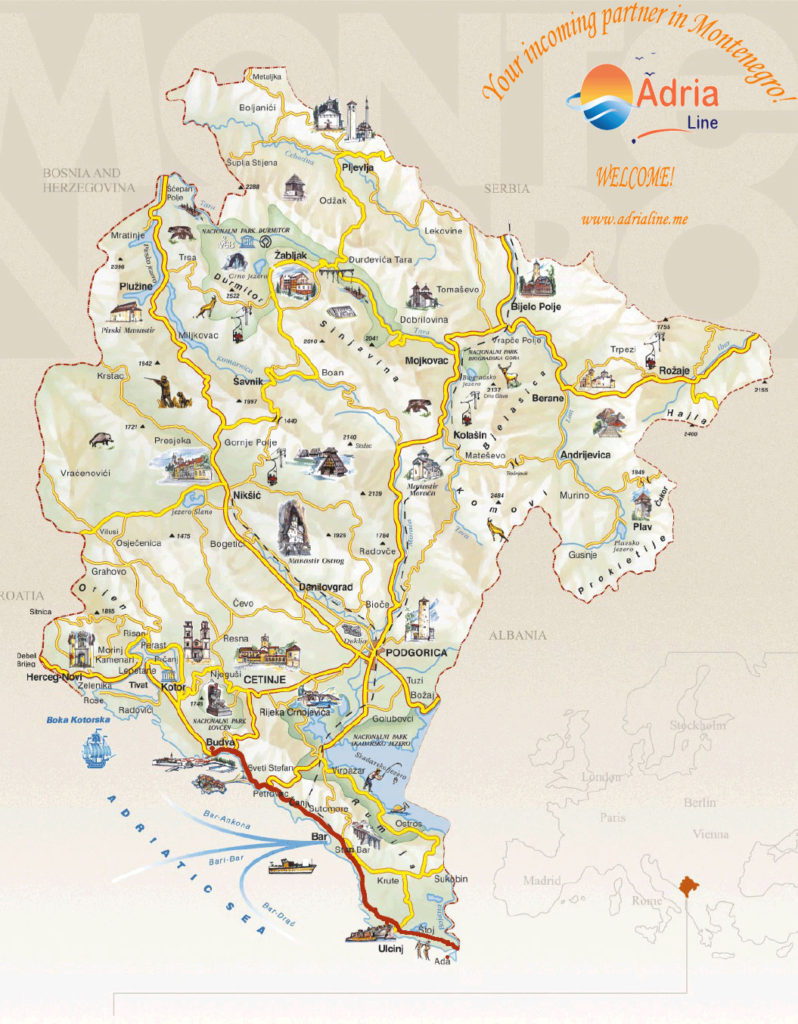