The Prokletije mountain rang occupies an area covering eastern Montenegro, northern Albania and western Kosovo. In Montenegro this mountain range is called Prokletije (Cursed Mountains) most probably because of its inaccessibility and rugged features while in Albania it is called Alpe Shqiptare (Albanian Alps). The Montenegrin part of the Prokletije stretches across the municipalities of Plav, Andrijevica and Rozaje. The mountain range was created by glaciation which left the most notable traces of this type of erosion among mountains in Europe, apart from Alps right here. About ten small glacial lakes in this region bear witness to this history. Some of them are to be found in the area with highest level of precipitation in Europe where even during the summer snow remains on its highest peaks. Excluding the towns which belong to the border area of the Prokletije, the region is very sparsely populated with only a few hundred people living in scattered villages. In 2009 montenegrin part of Prokletije within municipality Plav, was proclaimed as fifth national park in Montenegro. It covers an area 16.630 hectares and includes two nature reserves: Volusnica and Hridsko lake. Protection zones around the park is 6.252 hectares. 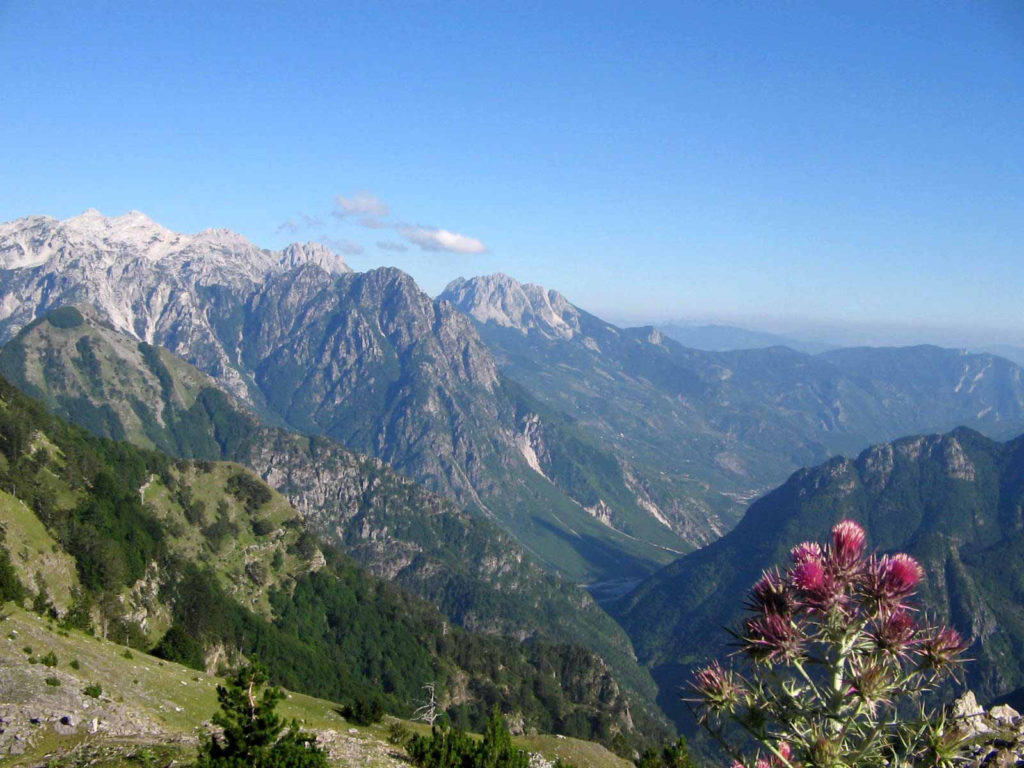 To the north is limited with Gusinjsko-plavska valley, in the south of the high ridges of the mountains and the Albanian border, to the west is river Grncar and on the east there is mountain Bogicevica. The Grebaje Valley is situated about 7 km from Gusinje, and it is full of life during the summer months. The real richness of flora and fauna, as wel as fantastic views of Prokletije are a real draw for tourist and hikers. The Ropojana Valley is situated on the border with Albania, and it is one of the most beautiful valleys in Prokletije. This is where the hiking path to the highest peak of Prokletije Maja Jezerce starts from. The karst springs of Oko Skakavice, ali Pasha’s Springs and Grlja Falls particularly attract the attention of tourists, and they provide real refreshment during the summer months. 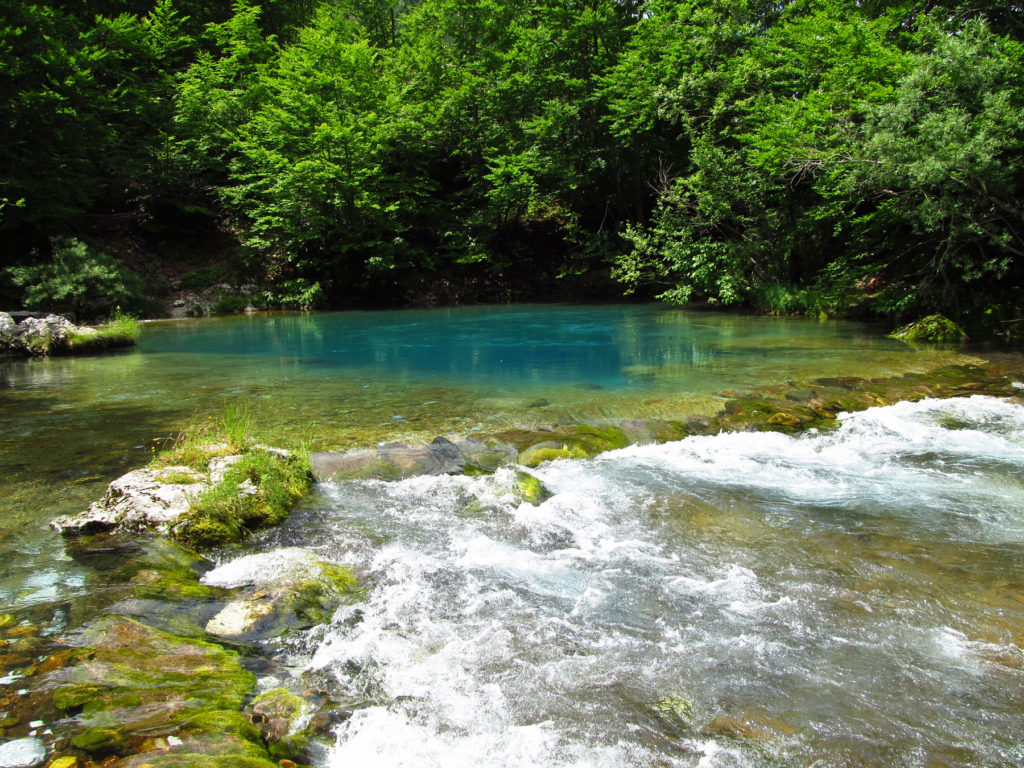 The main features of Prokletije which influenced the designation of sites of national importance are typical limestone relief and natural beauty. The rocks, which were formed in Oligo-Miocene, the limestone and dolomite. Relief abundant high peaks and karst forms (pits, caves, bays, etc). Peak Evil Kolata, 2.534 m high, is located in Montenegro, near the border with Albania, and is the highest peak in Montenegro. 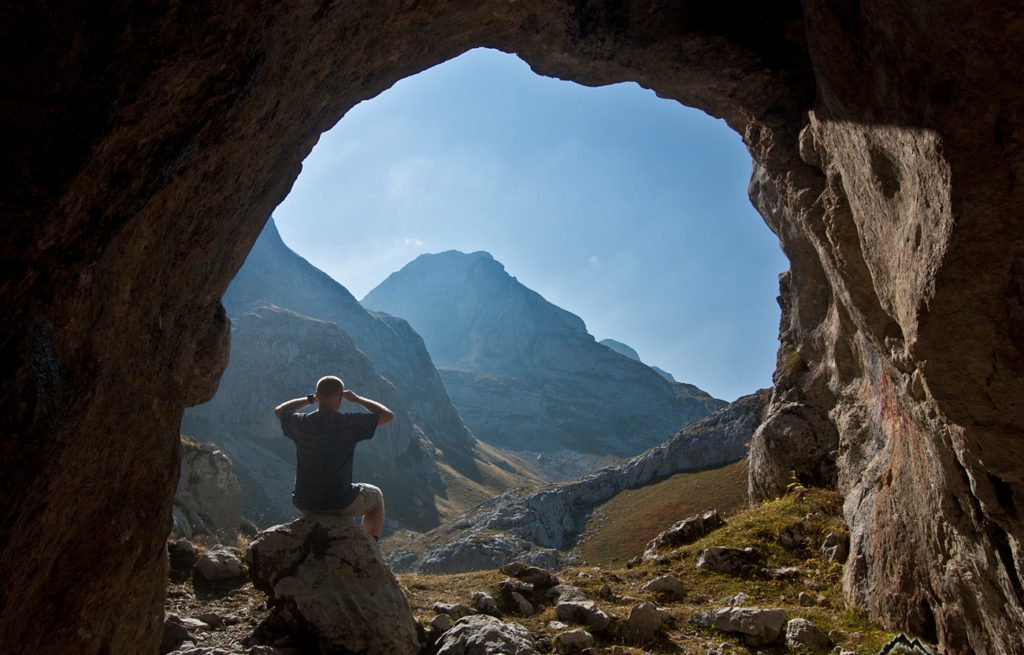 Ocnjak (Canine) is not counted among the highest but certainly must be among the most attractive peaks of Prokletije. 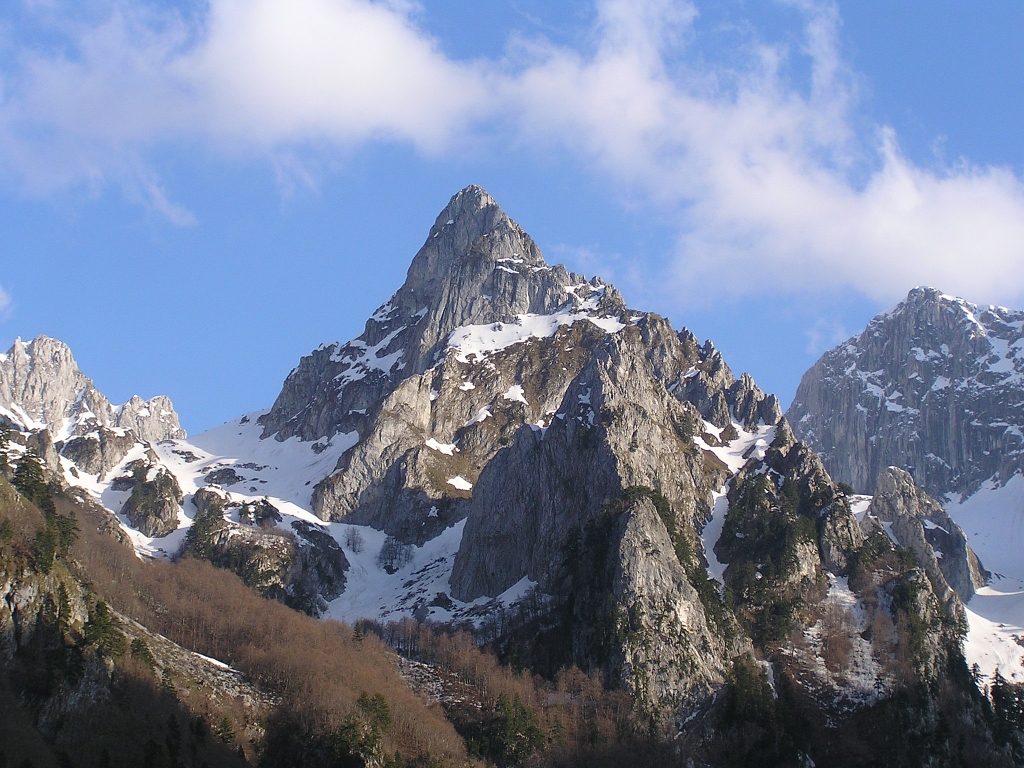 The shape itself talks most clearly about how it got its name, and this represents the most challenging ascent for mountaineers from the Montenegrin side of the massif. Karanfil is three-peak mountain which falls within Montenegrin part of Prokletije and forms a natural wall between the Grebahe abd Ropojane valleys, towering 800 metres above them. Visitor is mountain between the Plav-Gusinje valley on the east and the spring of the Zlorecica river on the west. The highest peak of Visitor Mountain is 2.211 meters. At the lowest glaciation of the Visitor Mountain, whose bottom contains green limestone there is the gorgeous Visitor Lake, at the altitude of 1.820 meters. In the midst of a dense pine forest, which is mirrored in the still waters, lies Lake of Visitor. There is a well-known legend about the origin of the floating island which according to tradition grew out of rafts on which cattle herders kept their herds at night. Between of the mountain Visitor and Prokletije there is Plav Lake, in the municipality of Plav. It is a glacial lake at the height of 906 m above sea level. It is extends north-south direction over a length 2.160 m, a width of 920 m with a maximum depth of 9 m. From the lake stands the river Lim. Hridsko lake is «hidden» at an altitude of 1.970 meters and it is a «lake of happiness» in part Prokletija below steep karst Hridski between the great and small rocks, from which it takes its name. Clearness of the water of the lake was an inspiration to many legends. According to one of them, created by the gods to be in it, away from human eyes, bathed villas. According to belief, bathing in his water brings health and happiness in marriage and throwing personal jewelry – rings, bracelets, chains, will supposedly bring good luck in what at what he thought when placing jewelry in the water. 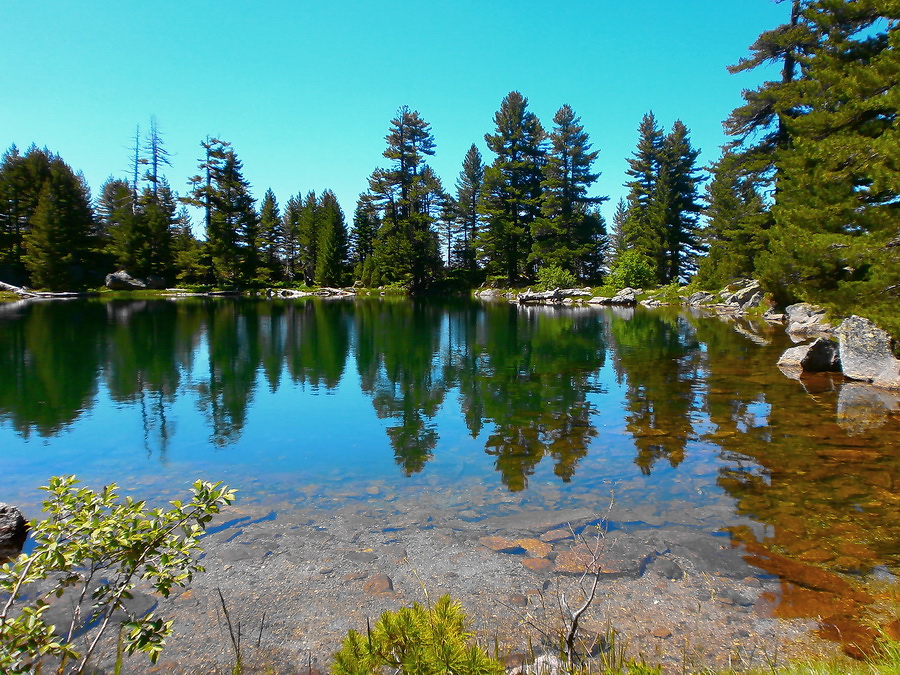