St. Triphon’s Cathedral is the most significant monument from medieval Kotor. The cathedral was under construction for decades. It was finally completed and consecrated in 1166, of which a written testimony is preserved. It was built on the old cultural place, in which in 809 a small Romanesque church was built dedicated to the same saint. 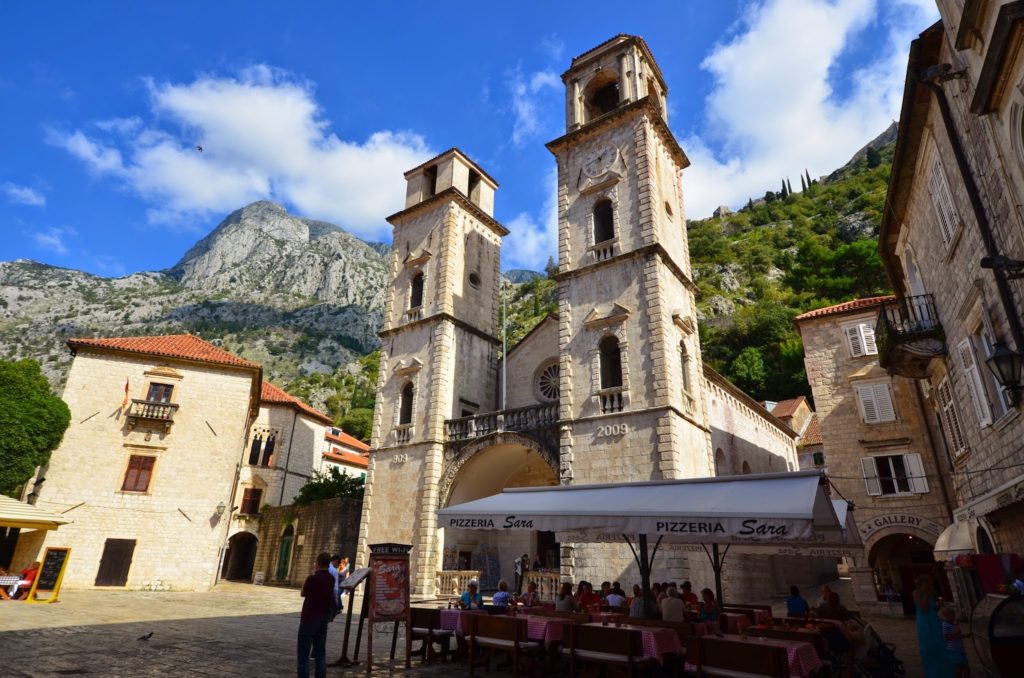 CATHEDRAL OF RESURRECTION OF CHRIST – PODGORICA

Cathedral of the Resurrection of Christ in Podgorica, with it`s monumental, architectural and artistic value, is a unique, new, religious building. Construction of the temple began in 1993 and lasted for 20 years. The temple is dominated by two pirgs – towers, that are 26.7 meters high, and 17 bells are situated in its loft. The weight of the haviest one is around 11 tons and it is the largest bell in Balkan. At foot of the pirgs are chapels ( small churches), dedicated to St. Simeon (with baptisery) and to St. Jovan Vladimir.

The magnificent Cathedral of St. John Vladimir whose construction began nearly 20 years ago, located in downtown, not far from the coast. It has an area of 1200 m² and height of 41 meters. Characteristics of the temple are that the frescoes painted 4,860 square meters, is made of marble iconostasis length of 18.5 m and is set floor mosaic of 550 m². The temple was erected in honor of St. John Vladimir – the first Serbian saint and protector of Bar. 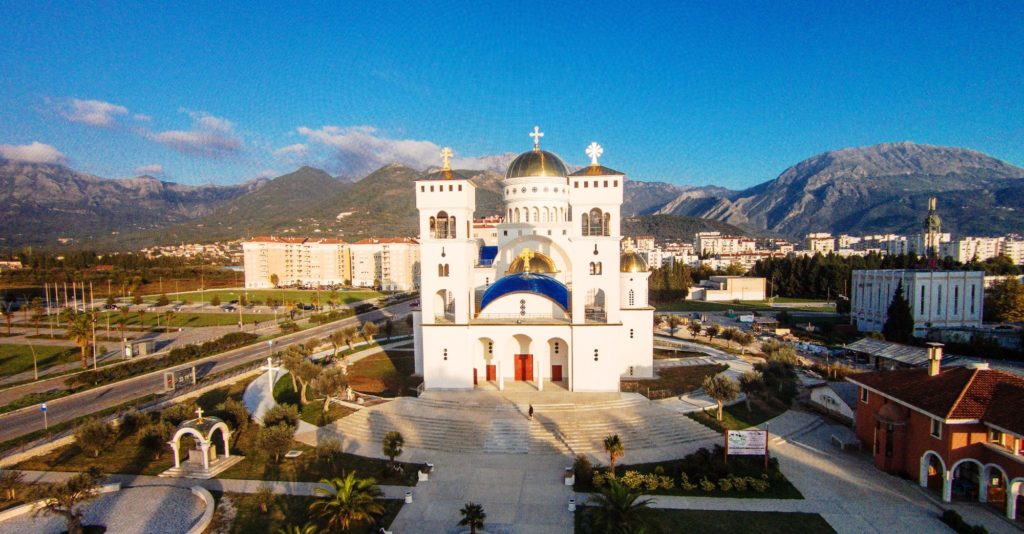 Saint Nicholas is the most important Orthodox Church in Kotor. Located in the northern part of the old town and occupies a position on St. Luke’s Square. It was built in the early twentieth century, at foundations of an older building that was destroyed by fire in the nineteenth century. The main façade is framed with two bell towers, with its black domes topped by golden crosses that were a gift from Russia. On the second floor hangs a Serbian flag. Just above the entrance there is a marvellous mosaic. 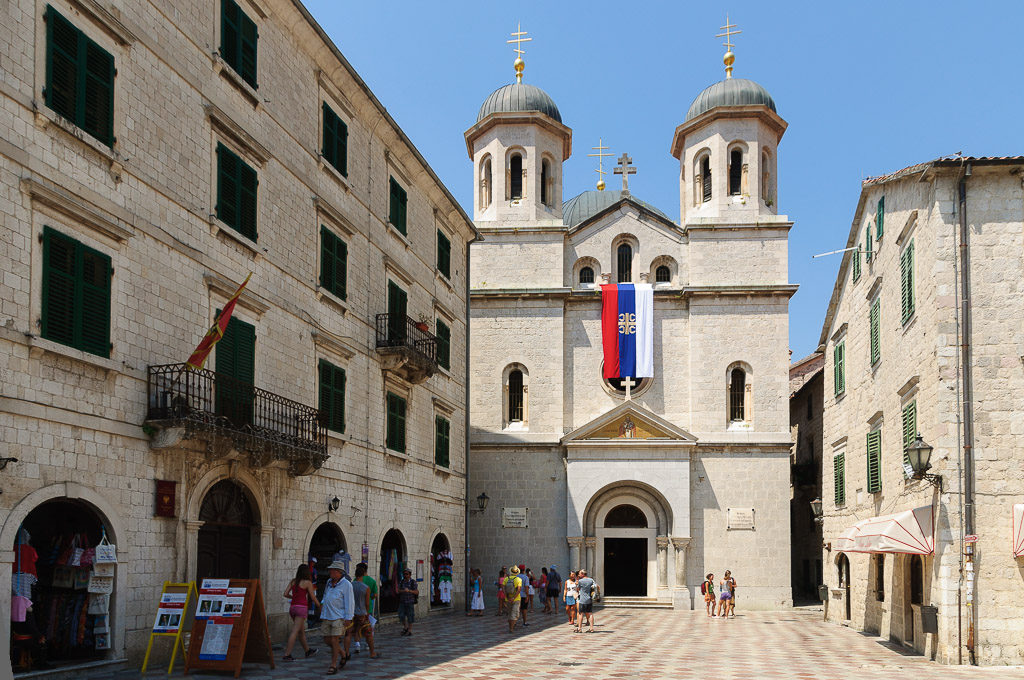 This square in the north part of the city takes its name from the old church dedicated to St Luka which can be seen in its center. The church was built in 1195 by tradesman Mauro Caccafrangi. The church was used by Chatolich until the mid 17th century, when it was handed over for use by the orthodox population from the vicinity who found refuge in the town during the war with the Turks. However, the Catholich retained an altar in the church where once a year their service would follow the Orthodox one. This duality lasted until the French occupation (1807-14) when the church was turned over entirely to the Orthodox, who by the time formed the majority of the citizenry but could use only this church. Thus the church has two altars – the catholic and orthodox. 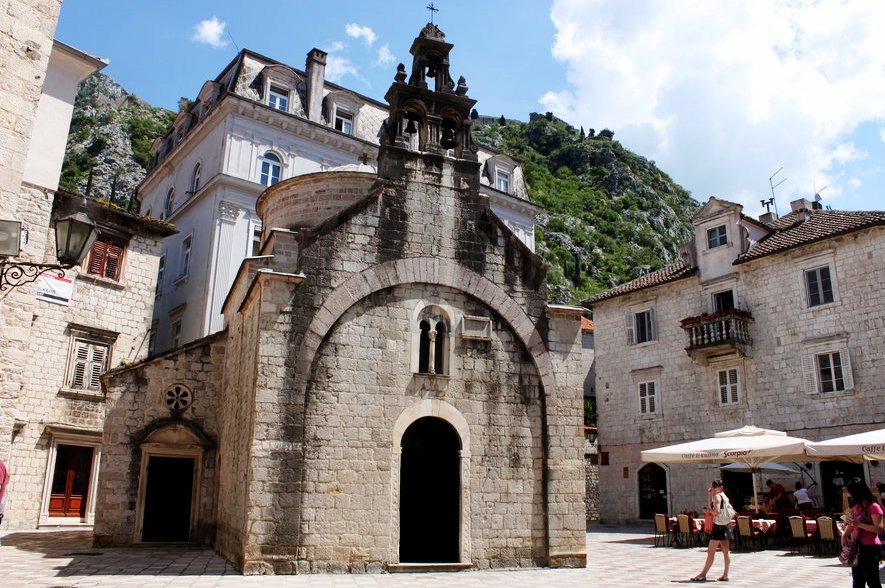 CHURCH OUR LADY OF THE ROCK – PERAST

In the most beautiful part of the Bay of Kotor near Perast are two peculiarly picturesque islands. The smaller St. George rises from a natural reef and houses a Benedictine monastery shaded by cypresses while its big sister Our Lady of the Rocks was artificially created in the 15th century around a rock where an image of the Madonna was found. Its baroque interior and rich treasury are telling the stories of local life, and this is what makes this Island a must see in bay of Kotor.

Read more: Our Lady of the Rock

On the narrow, part of the land on which lies the Old Town of Budva, next to the ramparts and the Citadel on the west side there is a church of the Holy Trinity. Its facade is decorated with a rosette above the western door. The iconostasis of this church is the work of Greek iconographers from the 19th century and possesses great artistic value. 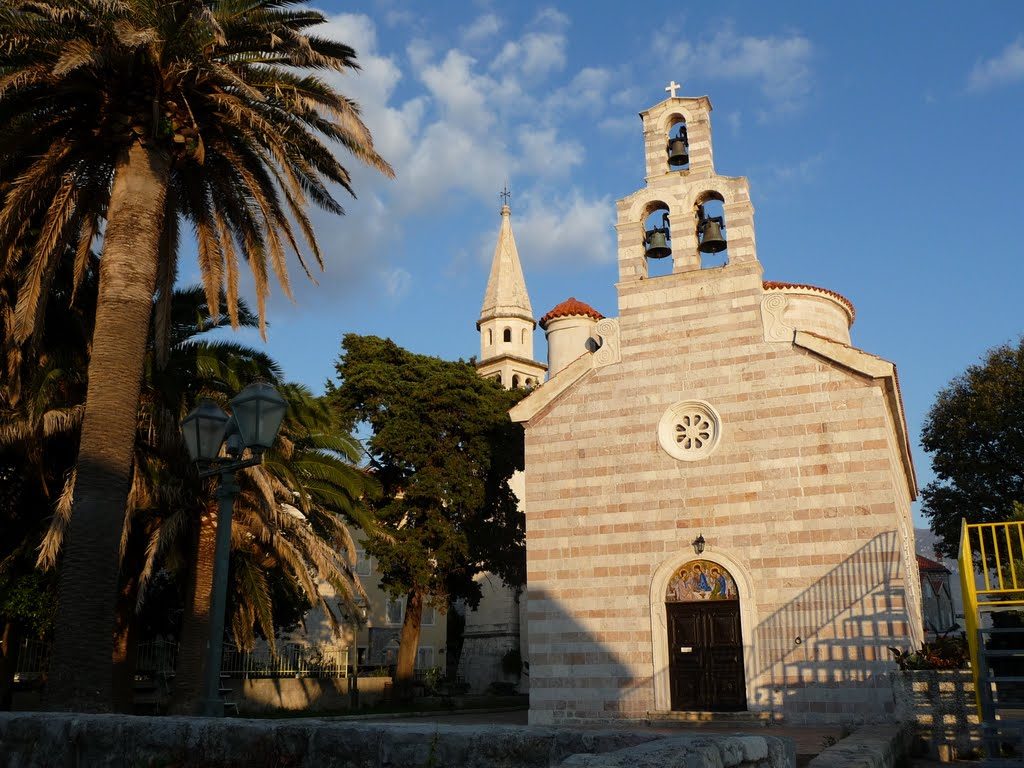 It is one of the oldest churches in the coastal region, which was built, according to oral tradition, in the 7th century. It was a Cathedral until 1828, when the Diocese of Budva was abolished. The Cathedral was damaged in the earthquake of 1667, after which it was reconstructed on several occasions, while its high tower, which dominates the town, was erected in 1867. 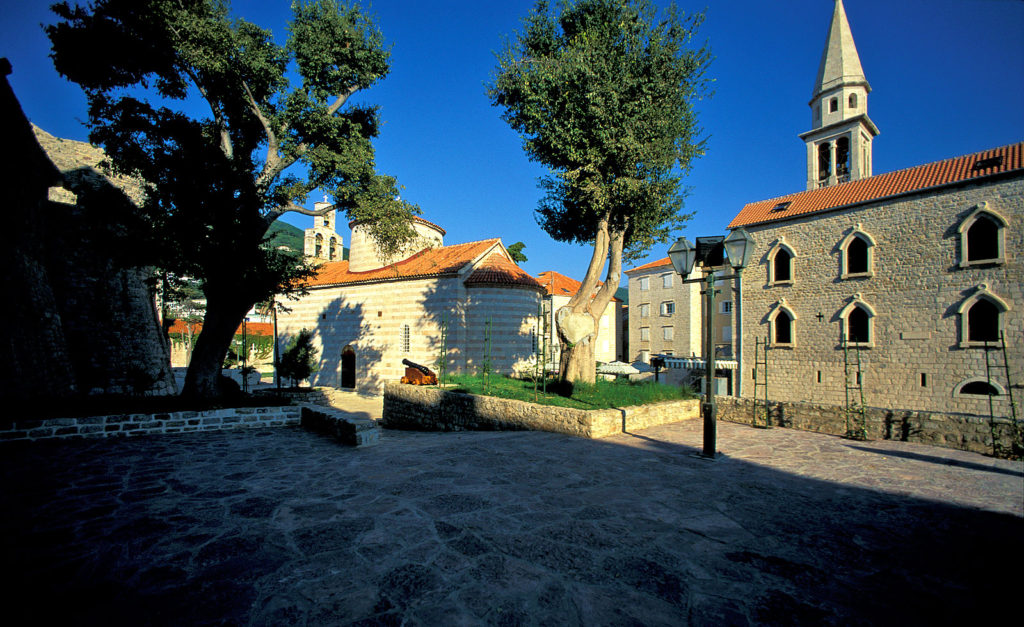 The church dedicated to the Birth of Our Lady was built at the foundations of Crnojevic temple monastery whose remains are in the historic core of Cetinje, in the place called Cipur. The church was built for the needs of the court Prince Nikola in 1890. Along southern and northern wall of the nave, there are marble tombs with the remains of King Nikola I Petrovic and Queen Milena. In front of the iconostasis in the church floor, there is tomb with the remains of the founder of Cetinje Ivan Crnojevic. 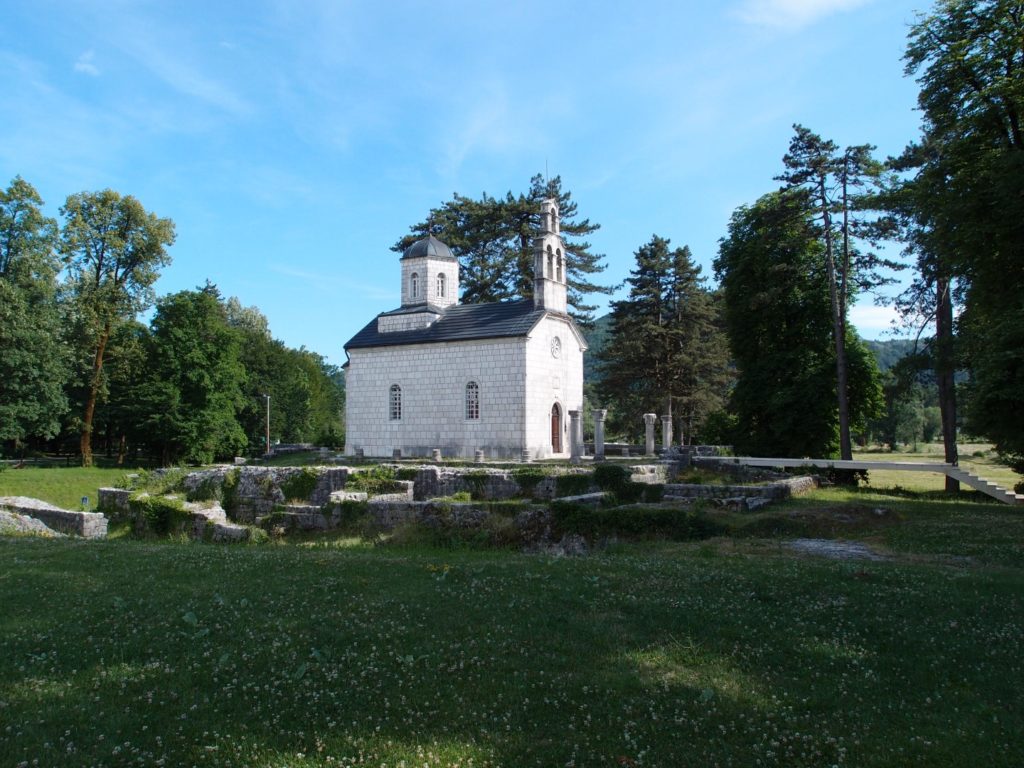