The National Park Lovcen encompasses central and the highest part of Lovcen massif, covering the area of 6.400 hectares. 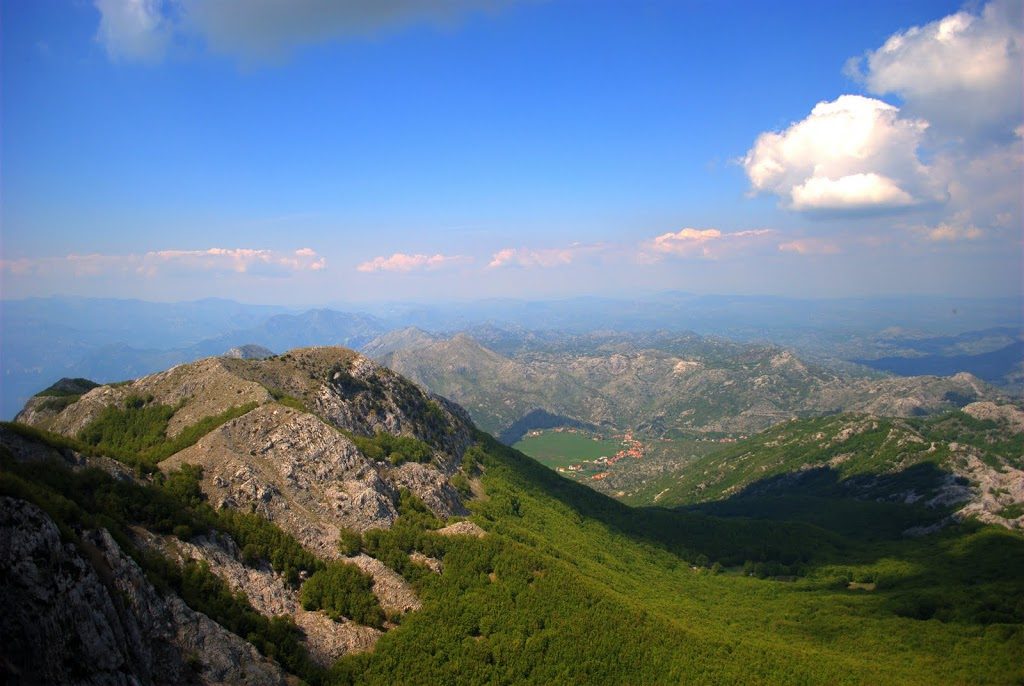 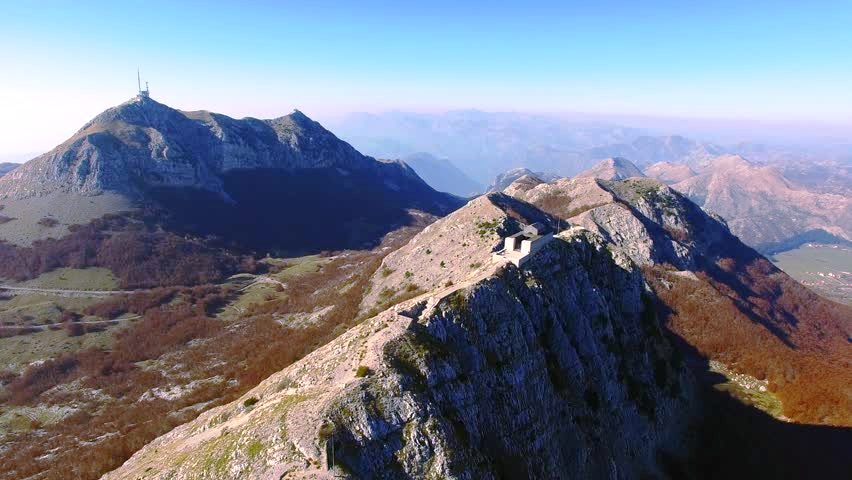 Particularities of Lovcen are its lookouts. 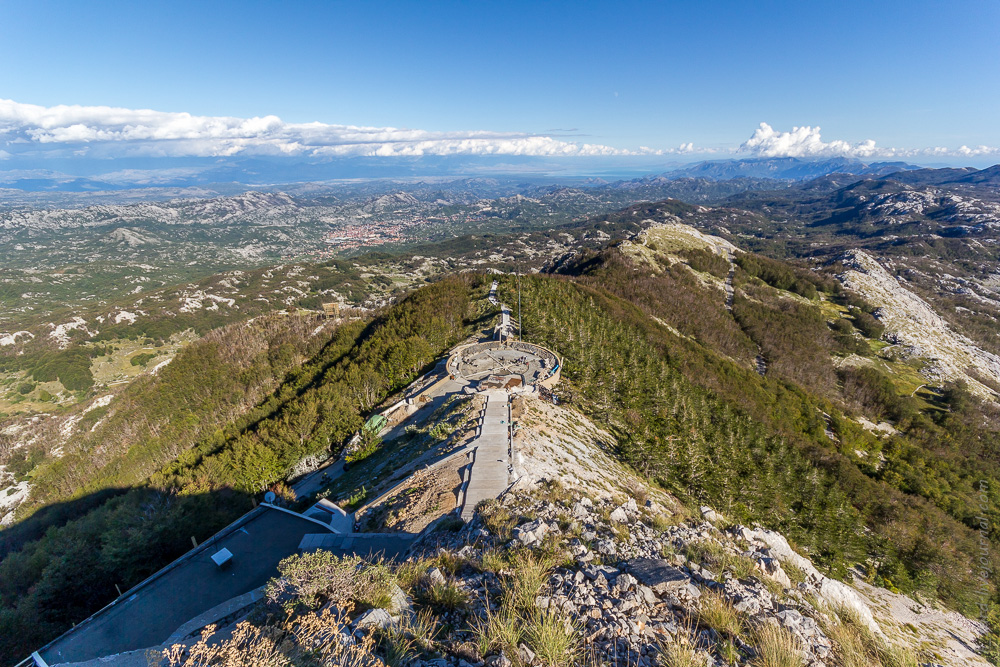 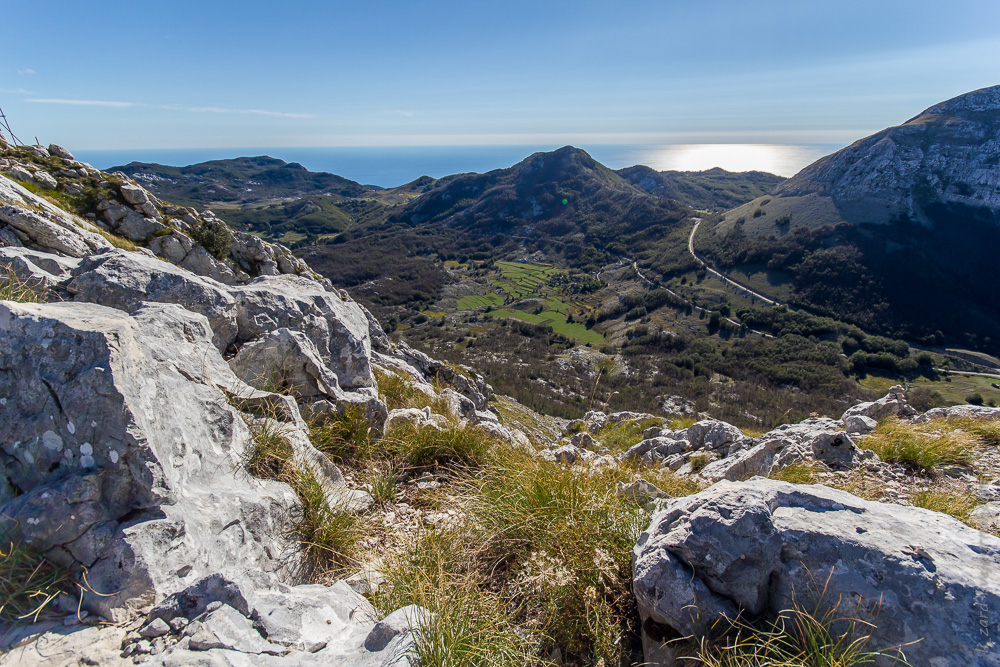 Exposed to the steep Lovcen slope and the Bay of Boka Kotorska – serpentines are an unrepeatable experience. 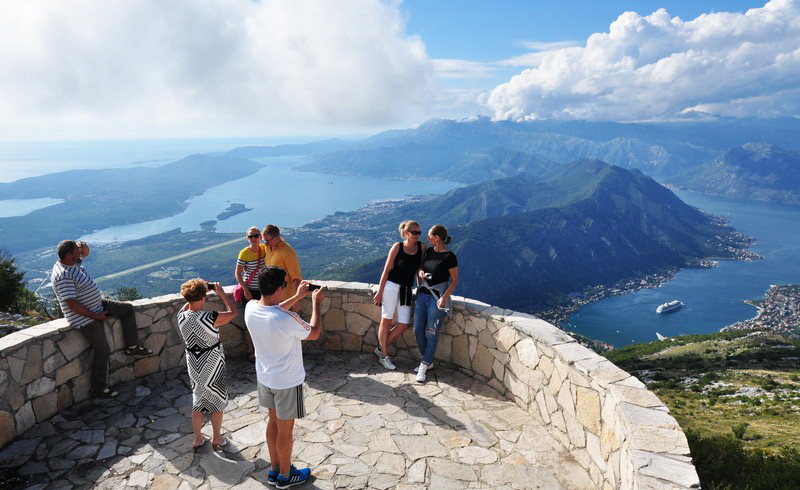 Climbing up 461 steps to the mausoleum of the greatest Montenegrin poet and ruler Petar Petrovic Njegos (1813-1851), represents a highlight of the visit to the National Park «Lovcen». 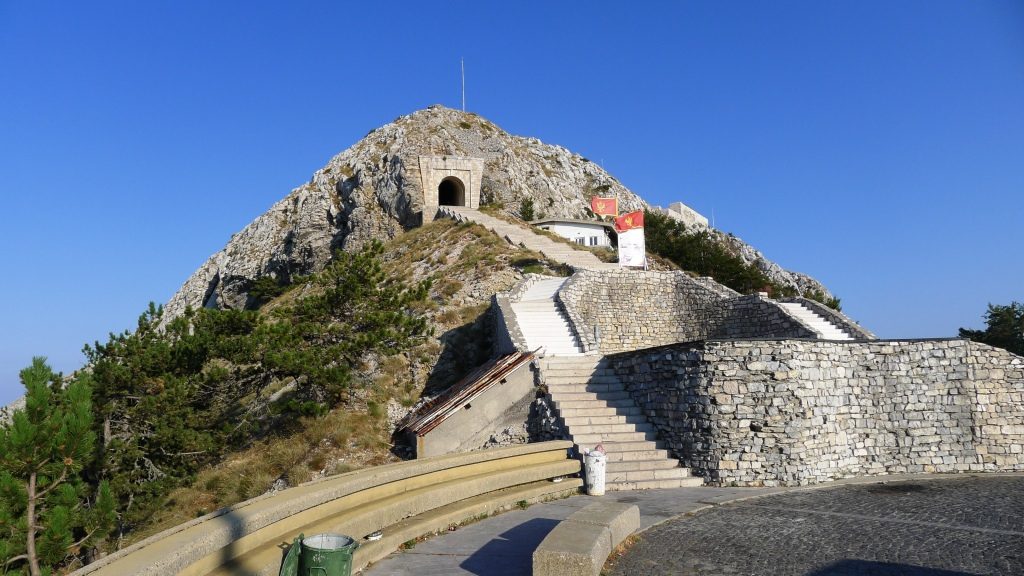 As wished by Petar II Petrovic Njegos, at the very high Jezerski vrh (Lake Peak) 1660 m the chapel was built during his lifetime. Prince Danilo fulfilled his behest to rest here, with the most distinguished Montenegrins carrying his remains to the summit, to the kingdom of lightnings. But his peace was not disturbed by lightnings alone. Jezerski vrh was first targeted by the Turks, and then Austrians, who brought the chapel to ground in 1916. A new one was built in 1925, but, more importantly the idea of construction of a more grandiose monument was born, designed by great Croatian sculptor Ivan Mestrovic. Mausoleum was opened in 1974. 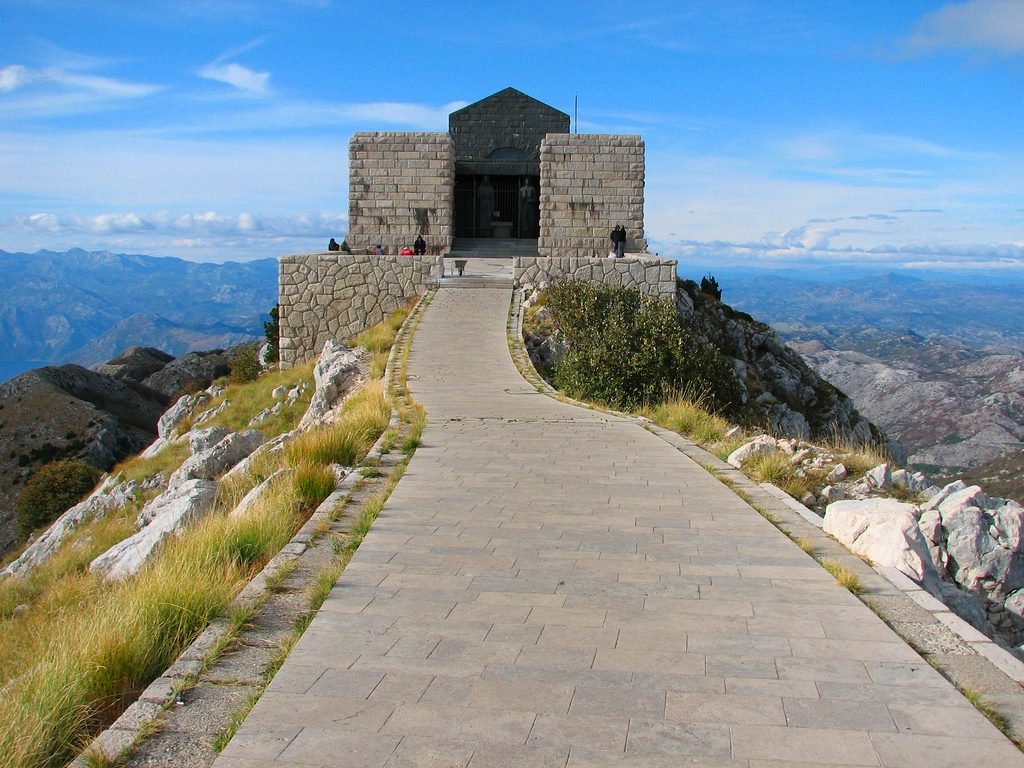 The chapel is the most impressive part of Njegos mausoleum. At the entrance at the chapel, the central parts of the monument are two figures of Montenegrin women made of black granite, just like caryatides. 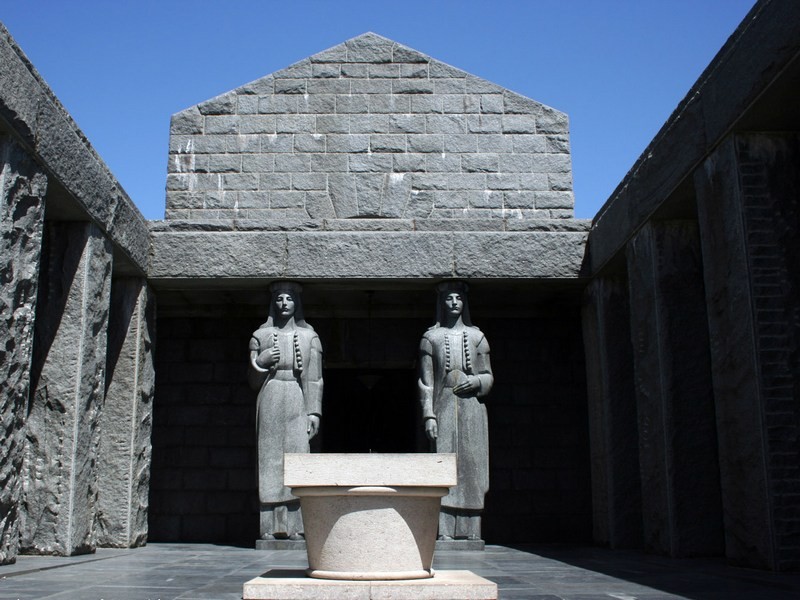 Inside, six side niches and one central niche are made of marble form Boka and Brac in Croatia. The vault is covered by mosaic of 200.000 gilded tiles. The sitting figure of Njegos, with an open book, is also work by Ivan Mestrovic. Marble sarcophagus of bishop Rade is simple, with chiselled cross and state coat of arms, the symbols of spiritual and secular authority. 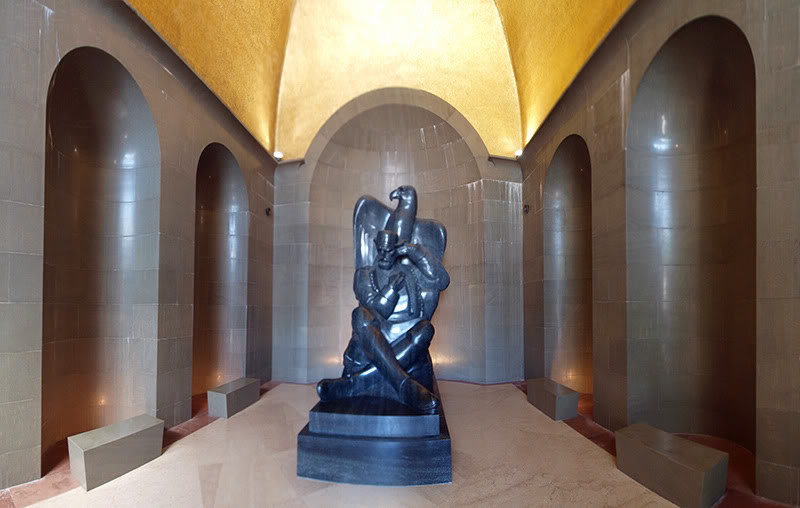 On the slopes of the mountain Lovcen above Kotor a picturesque mountain village Njegusi is situated within national park. Njegusi are known as the birthplace of the Petrovic-Njegos dinasty, which ruled Montenegro from 1696 – 1918 years. With its altitude of around 900m and near the sea, Njegusi is the true air spa where the two climates intersect. It is almost untouched virgin area without any industry. 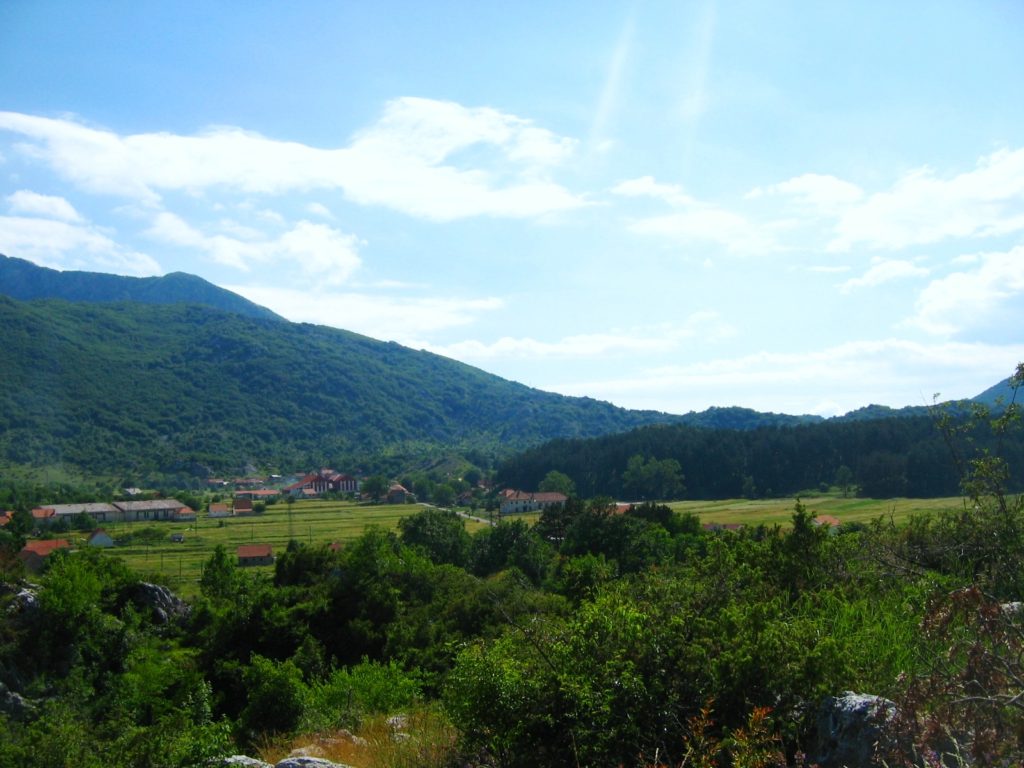 A special attraction is the old road from village Njegusi to Kotor, famous serpentines, which is symbolized by 25 curves and 25 km road. 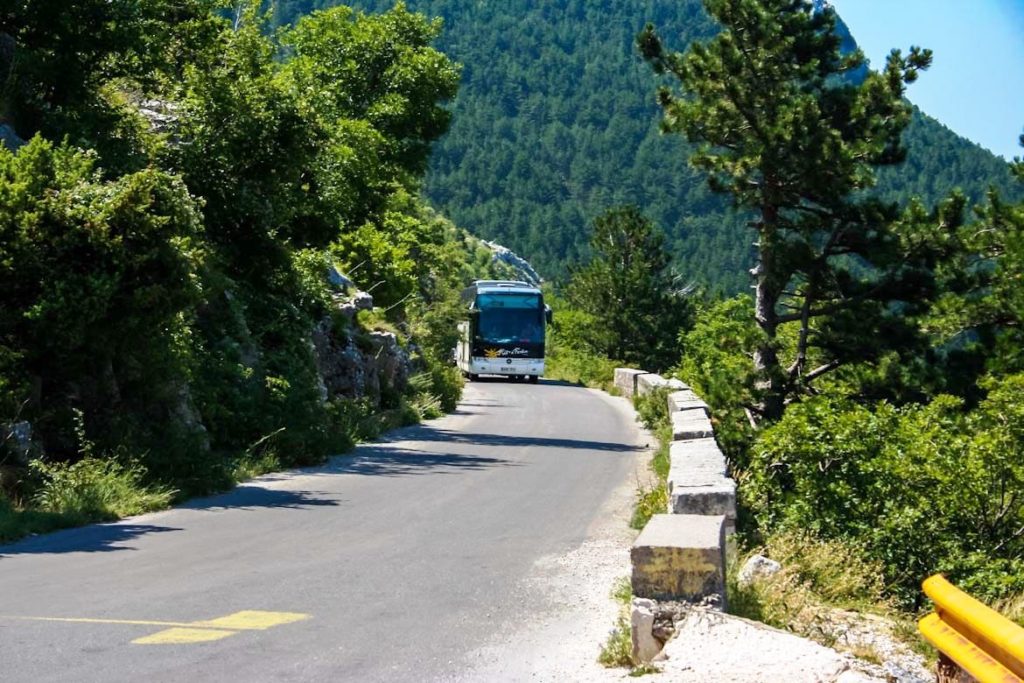 The road was built in 1879 by Austro-Hungarians and connect Cetinje (which was old capital until the First World War) with Kotor. Once a year a short part of this road is used for racing in the Montenegrin car racing championship. 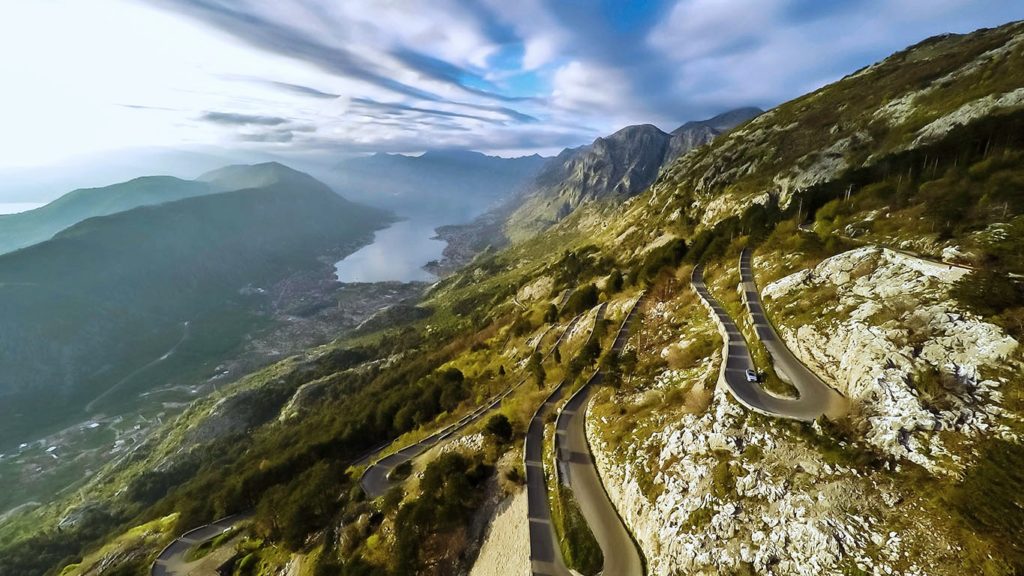 Lovcen is so ideally placed on the border between Montenegro’s sea and the mainland, that the opportunity to visit this national park should not be overlooked.  Because Lovcen enjoys the climate of both the sea and the interior (depending on which side you’re on), spectacular views are often combined with an abundance of flora and fauna that are combined in exciting, if not unusual ways. 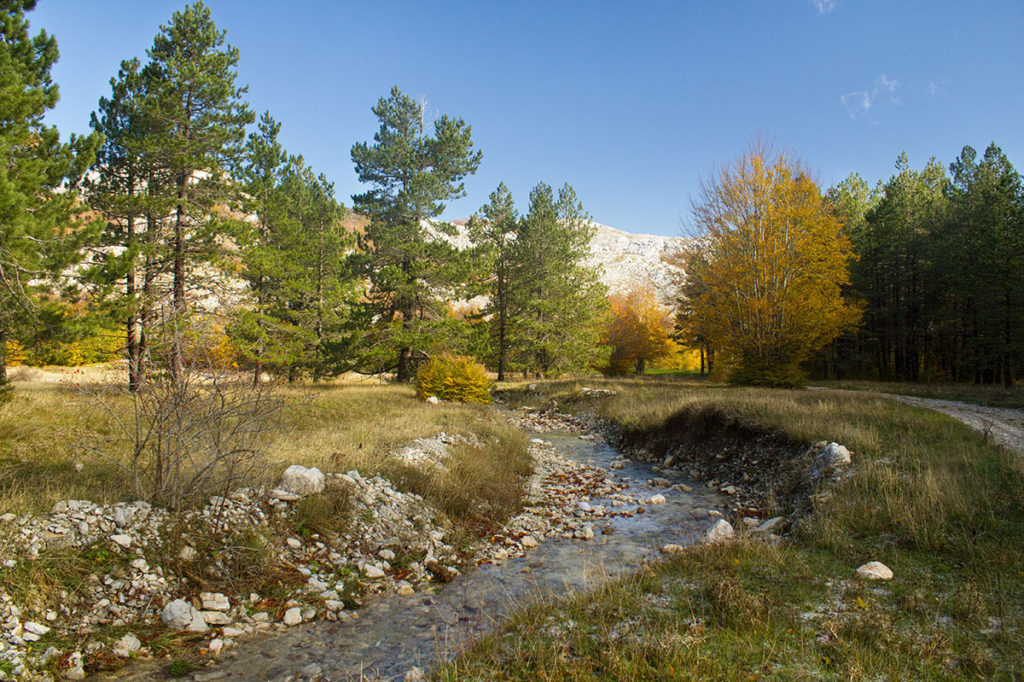