Skadar Lake with the area ranging from 370 to 530 square kilometers, depending on the water level is the biggest lake on the Balkans. Driving through the newly build Sozina tunnel, the lake is only a short 20 minute drive away from the Adriatic Sea. 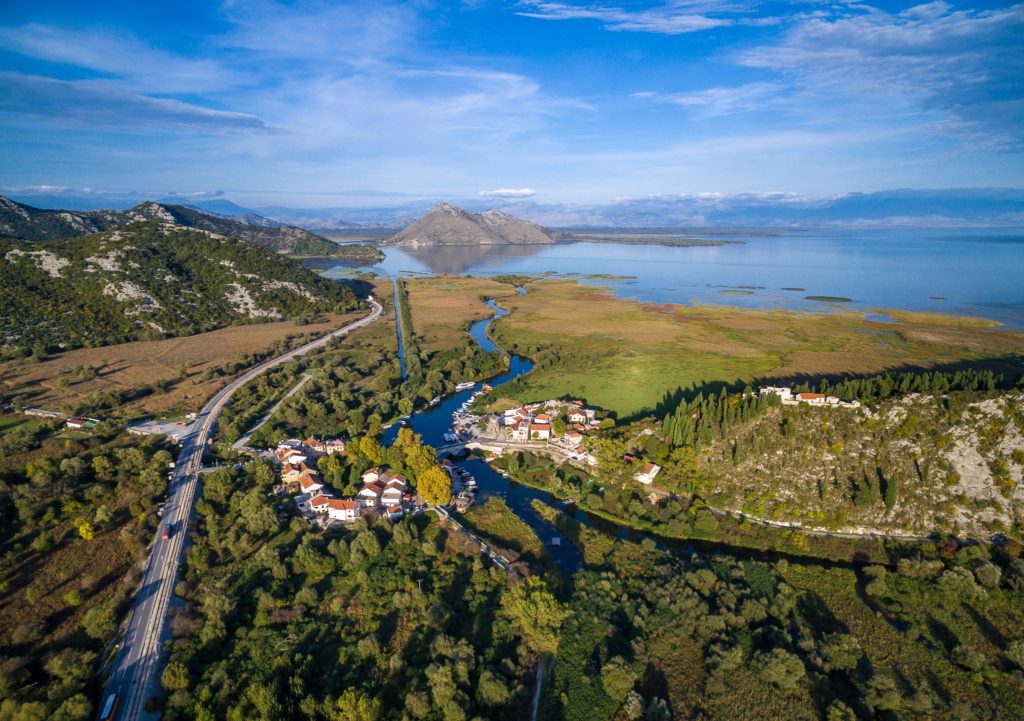 The river Bojana creates a connection between Skadar Lake and the Adriatic Sea though a large mountain massive that separates the two. Two thirds of the lake belongs to Montenegro, while one third belongs to the Republic of Albania. 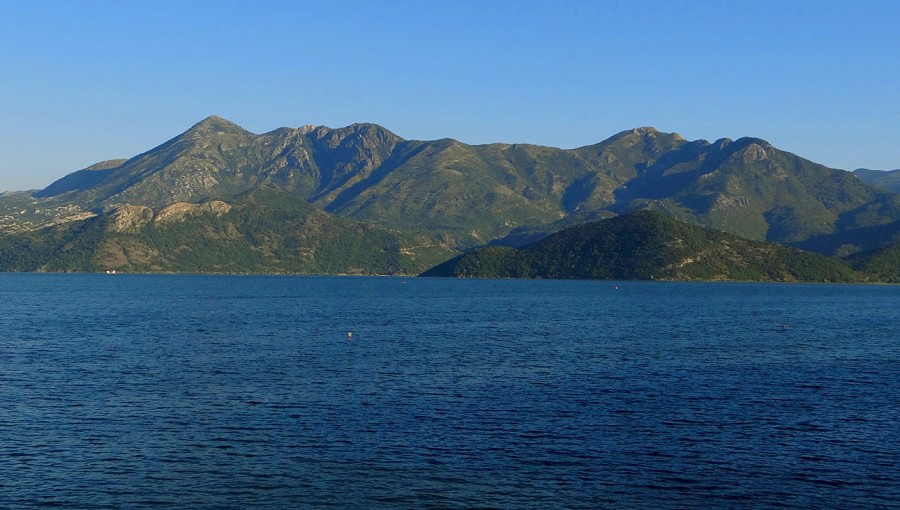 Montenegrin part of the Lake Skadar was declared a National Park in 1983. As an internationally important area for birds, Lake of Skadar in 1989 acquired the status of IBA and it has been on the Ramsar list of wetlands of international importance since 1995, especially as a wetland birds’ habitat. 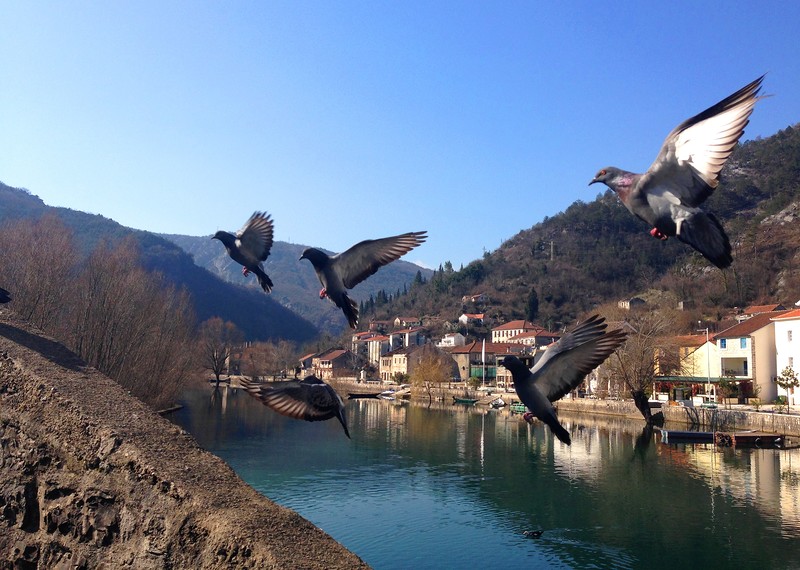 Due to its geographic position and sub Mediterranean climate, it is one of the most important habitats of swamp birds in Europe, right after the river Danube delta.

There are three bird habitats inside the national park, namely: Panceva oka, Crni zar, and Manastirska tapija. On the lake live around 280 bird species, 73 species are nesting migratory birds, 18 species are regular visitors, 45 are winter guests and 12 species regularly spend summer without nesting. The reason for such a large variety of birds is ecological and geological peculiarity as well as undisturbed ecosystem. Most often you can see cormorants, red, white and blue herons, grebes, mallards, Moor hens and others.

Dalmatian pelican (Pelicaneus crispus) fascinates a large number of ornithologists who come every year because of these unusual birds. Because of its feathery curls at the nape was named «curly» pelican, and hence vary from white pelicans, and body covered with blue-gray feathers. This species inhabits freshwater lakes and estuaries and is globally threatened. Dalmatian pelican is the main attraction of Lake Skadar and it’s trademark. 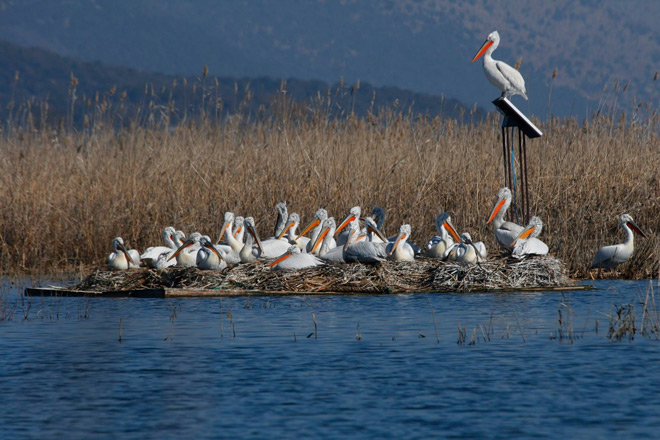 Lake of Skadar has 48 fish species of which 15 are endemic. The best known are: bleak, eel, mullet, grasshoppers and others. Bleak is particularly interesting because it lives exclusively in the Skadar Lake. It is an indigenous species and in her honor every year, in Virpazar, traditionally is held festival called «Days of Wine and bleak». The lake is a crypto depression, which means that in some parts the bottom of the lake is bellow sea level. Those places are named sublacustrine springs or eyes («oka»). In this lake about 30 such eyes have been found. The deepest eye is called Radus, about 60 meters deep (some believe it is deeper then this, while the average depth of the lake is 6 m) and is an exceptionally rich with fish.  Next to this eye, other well known eyes are: Karuc (28 meters deep), Volac (24 meters deep) and Krnjicko (24 meters deep). Most of the coastline is just to steep, mountainous, and unreachable from land, there are almost no roads along this part of the coast to the numerous peninsulas, large and small bays and beaches. From Virpazar to the Albanian boarder, Skadar lake has a large amount of small gulfs or bays that serve as docks, or as the locals call them limani, above which villages where erected. The Coast of Skadar Lake is indented and contains a large number islets overgrown in belt of bamboo. The coast in the southern part of the lake is pebbly. Throughout the history this region was a confluence of different civilization, which left a strong impact on its rich cultural and historical heritage. The Skadar lake has over 60 islands called by the locals «Gorica’s» most of which are densely covered in growth of wild pomegranates, laurels and ivies. On the islands among birds and water-lilies many Orthodox monasteries can be found. The monasteries dating back to the XIV century and represent the most valuable segment of cultural heritage in the National Park. The oldest monastery – Starcevo, was founded by the humble ascetic, old man Makarije, after whom the island was named Starceva Gorica. On the shores of the lake there are two small towns – old urban settlements with specific architecture – Virpazar and Rijeka Crnojevica. Both settlements are nowadays famous for its restaurants that offer traditional specialties. Virpazar is a small settlement on Lake Skadar, which belongs to municipality of Bar and it is located in the heart of Crmnica region, only 15 kilometers from the sea. The first mention of (Vir) Virpazar dates back to XIII century. In those times, a settlement was established near a river whirlpool, where people used to come on small river boats to visit the local market. In the mid XIX century, the settlement started getting its urban characteristics. When a dock was constructed in 1905, Virpazar became the most important port on Lake Skadar. From 1888, it was connected with Bar via an unsurfaced road, and from 1908 with narrow gauge railway line. Today Virpazar starting position for cruising on the lake and enjoyment in the unspoiled nature. Rijeka Crnojevica (River Crnojevica), a small town on the homonymous river is one of the most beautiful towns of Montenegro is easily accessible from the main road Podgorica – Cetinje. The beginning of its story relates to the ruler of Zeta, Ivan Crnojevic (1465-1490), who built a fortress and monastery in order to avoid Turkish army whose church is dedicated to Saint Nikola. Here he moved his capital from the fortress Zabljak, and the monastery became the seat of Metropolitanate of Zeta. The site preserves remains of historic constructions from the time of Ivan Crnojevic such as basement of a building demolished long ago which is related to the work of so called Obod print house where the first book written in Cyrillic script was printed: Oktoih, the first voice in 1494. Besides, this is the place of the first pharmacy in Montenegro as well as the first Martial House. At the beginning of the XX century nacre – pearl made of fish bone was produced at the Marica factory. Rijeka Crnojevica was the largest Montenegrin harbour and leading trade centre during XIX and beginning of XX century. Highly esteemed product of this region was dried ukljeva (fish) owing to its unique and exquisite taste, and it was very popular among Italian people. At the entrance at the Rijeka Crnojevica is stone Bridge of Danilo. It was built in 1853 by Prince Danilo in honour of his father Stanko Petrovic. Alongside the left bank of the river, he built a ground house, preserved to nowadays, referred to as Mostina. If you’re staying on the coast you can visit Lake in a day trip. And if you’re looking for a stay in Montenegro’s renowned «wild beauty», Lake Skadar will fulfill every wish. 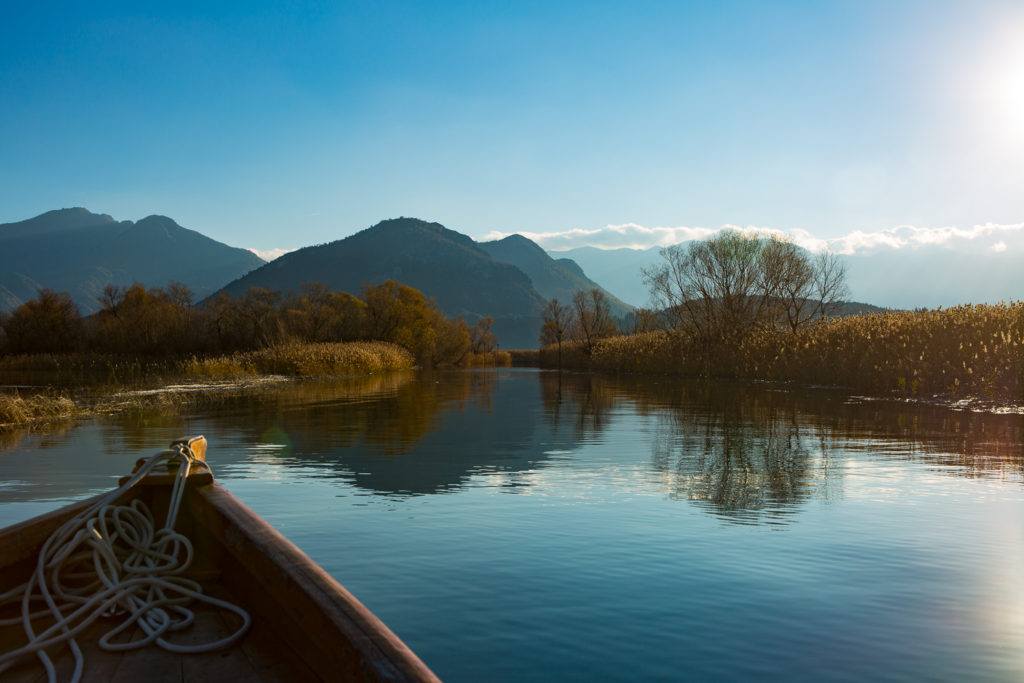