Join us on our tour to the authentic beauty of Herzegovina and peace of Medjugorje. Discover and experience the phenomenon that has made Medjugorje one of the most popular Catholic shrines of the world that attracts millions of visitors from around the globe. 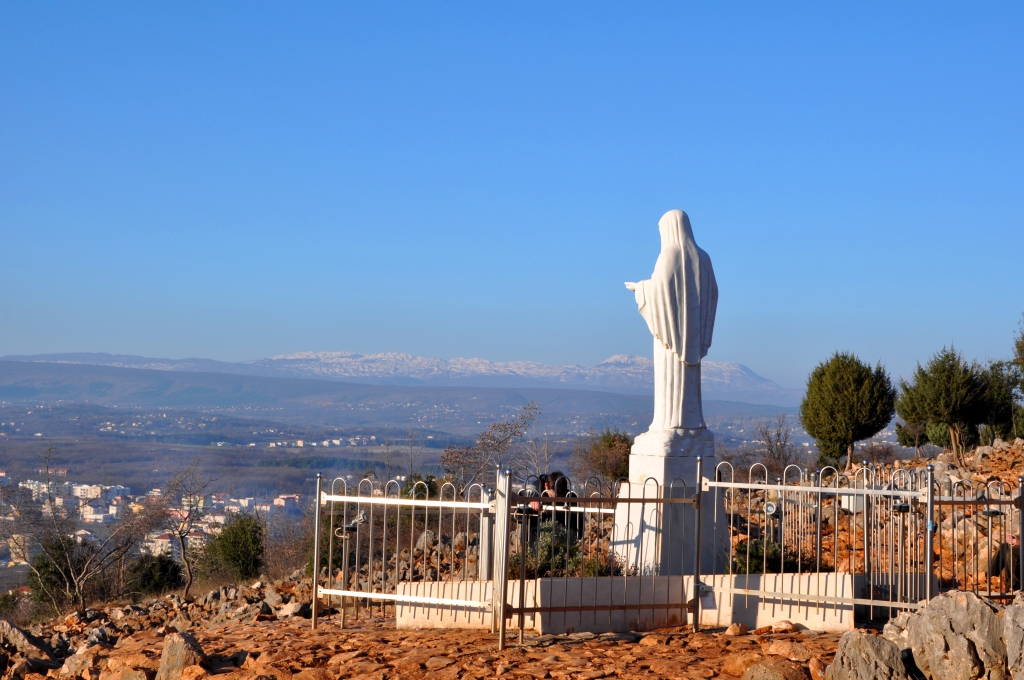 The trip departs from your hotel drive to Herceg Novi through Tivat and ferry across the bay. Up from Herceg Novi in the hinterland will take us across the border into Bosnia and Herzegovina, in Trebinje, where we make a short break. 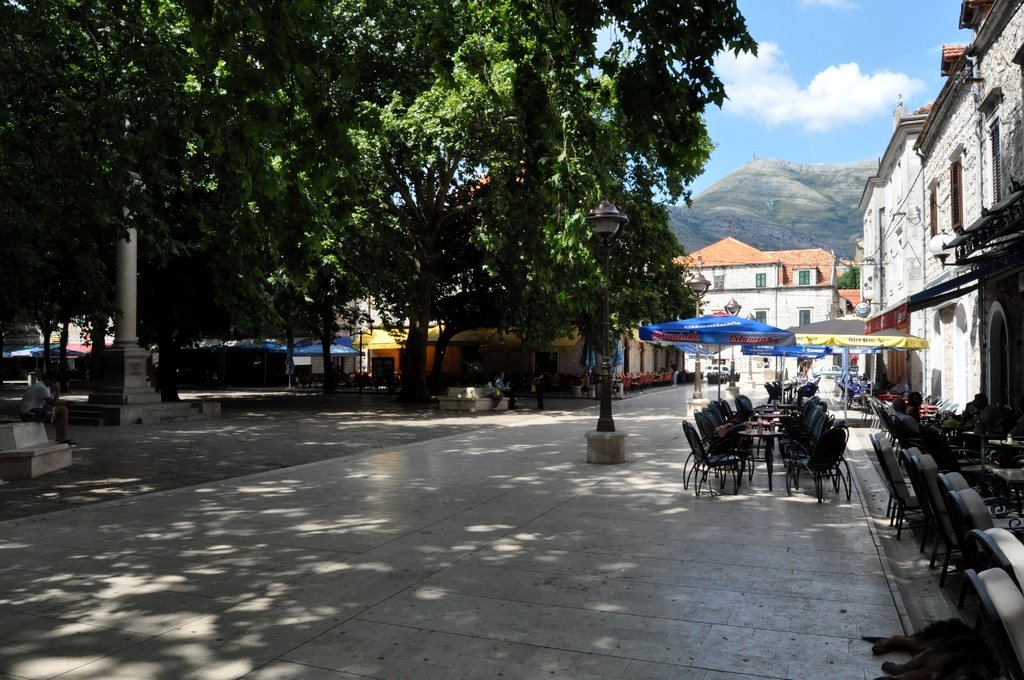 Continuing our journey we pass by fruitful plains of Popovo Polje, small towns Ljubinje, Stolac and Capljina by road which leads us to our destination, Medjugorje. 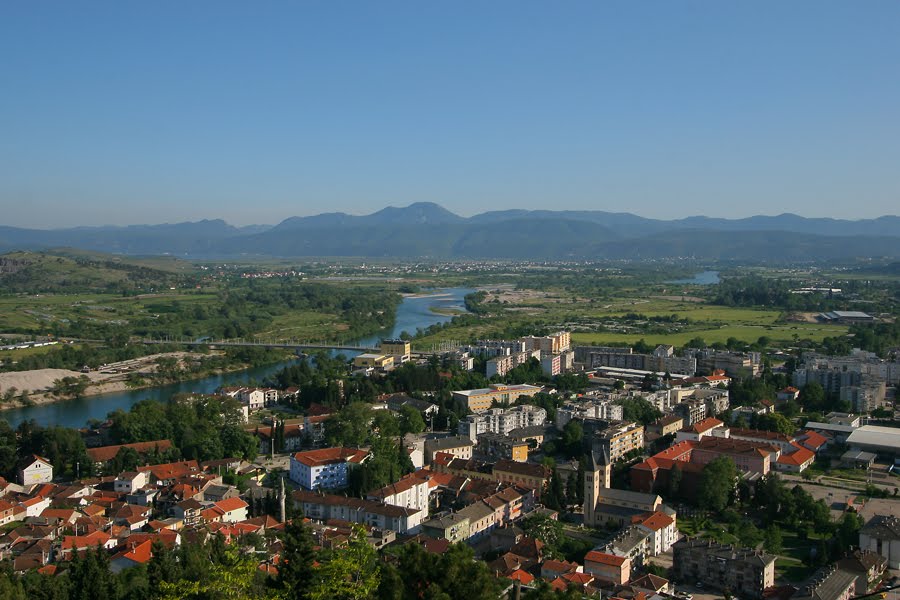 The parish of Medjugorje is situated in Herzegovina, 25 km southwest of Mostar. Medjugorje, (the name is of Slavic origin, and signifies a region between two mounts) with the villages of Bijakovici, Vionica, Miletina and Surmanci, forms a Roman-Catholic parish where today about 5000 inhabitants live. The pastoral care of the parish is confided to the priests of the Herzegovinian Franciscan Province of the Assumption of Mary. 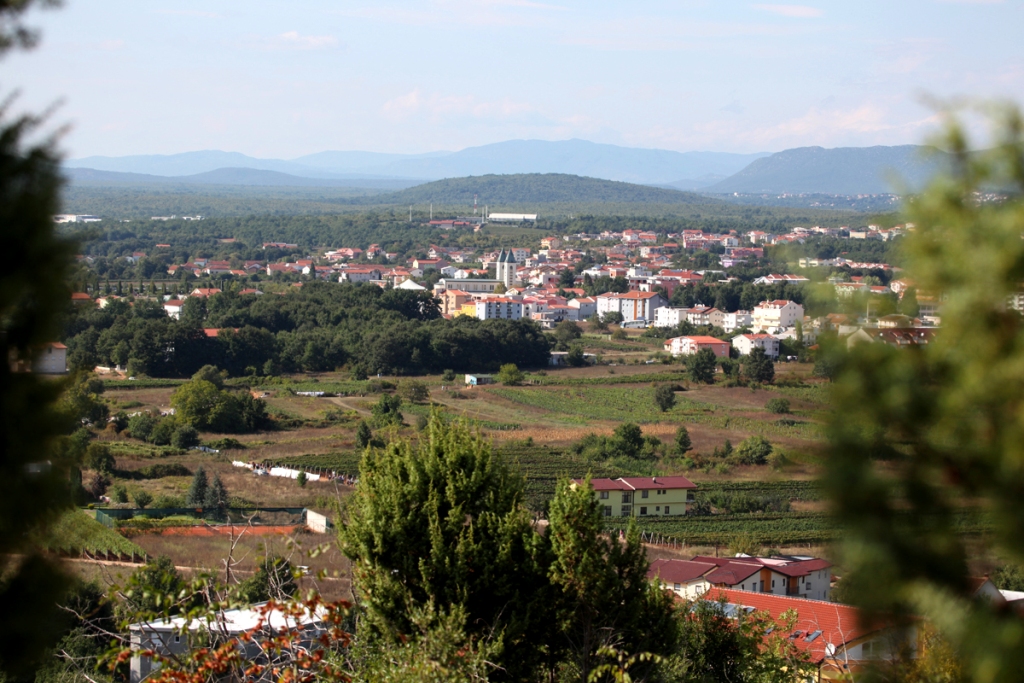 It used to be an ordinary village with a church, the people lived their lives working the land, planted tobacco and vineyards, and various fruits and vegetables to provide food for their families. Because of social circumstances, many went out into the world: over the ocean and to Western European countries, as well as in other towns in former Yugoslavia. 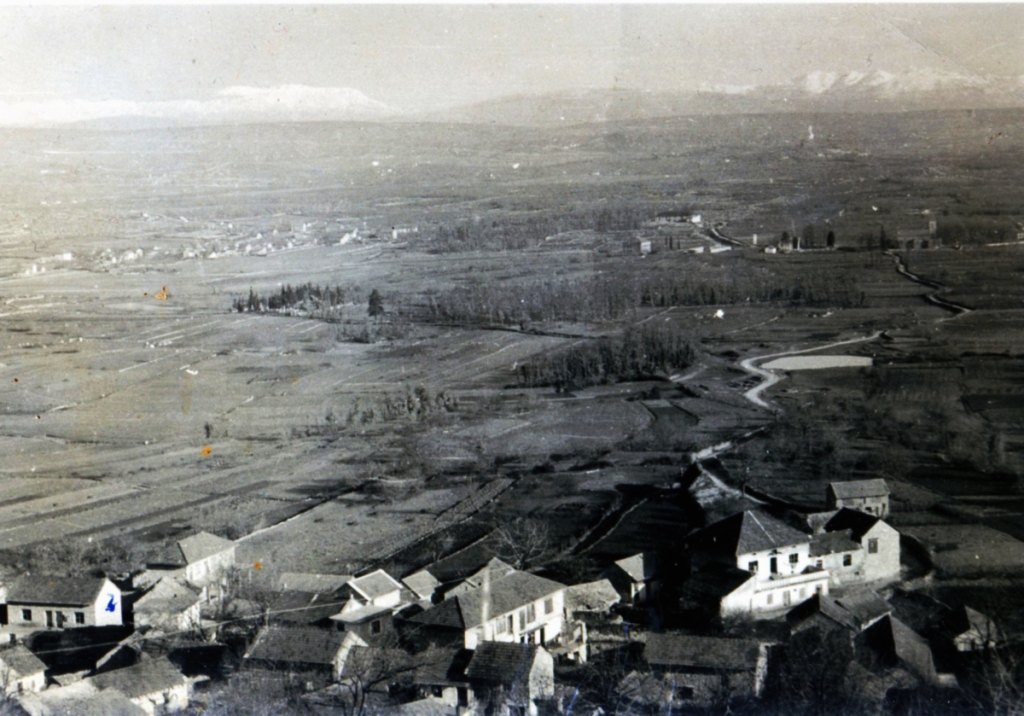 Lived modestly, from day to day, until the June 24th 1981st when an unusual event occurred. Several children, claimed that after the bright light showed a woman with a child in her hand and asked her to come nearer. Of course, nobody believed it, but the children next day visited the same place again and again experienced the figure of Our Lady with whom they continued to pray. Soon the place flooded visitors who also want to pray and see Our Lady. 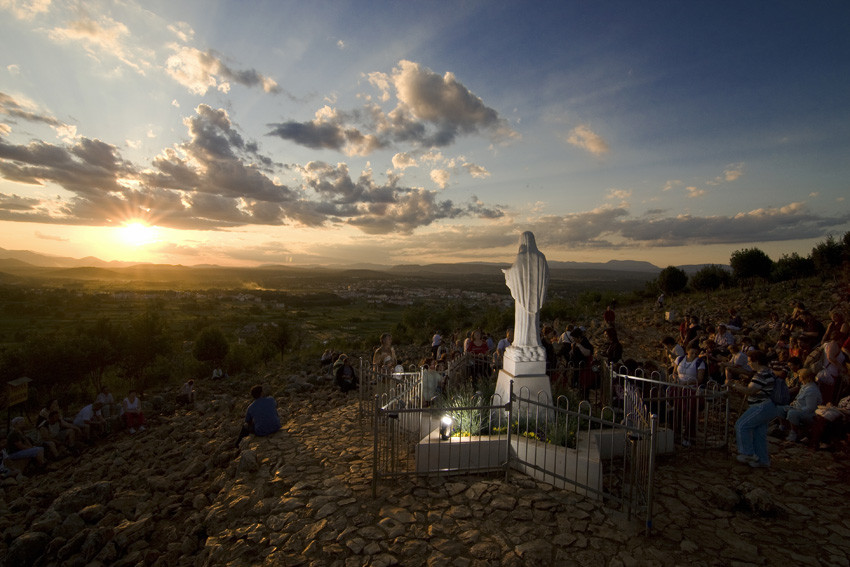 Ever since, Medjugorje started to develop rapidly, offering to pilgrims accommodation and food services during their stay in this pilgrimage site. 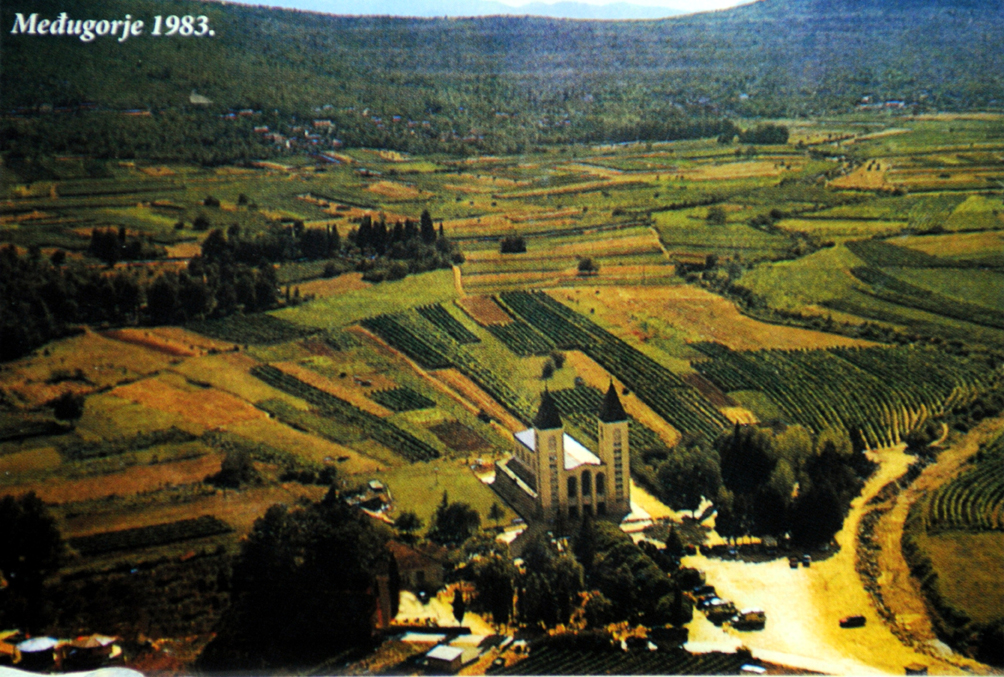 Today, thanks to Our Lady’s apparitions, Medjugorje – a simple village parish – became a place of gathering for a multitude of pilgrims from the whole world (in the first 20 years, more then 20 million), and one of the biggest prayer centres in the world, comparable to Lourdes and Fatima. Innumerable witnesses say that, precisely in this place, they have found faith and peace. 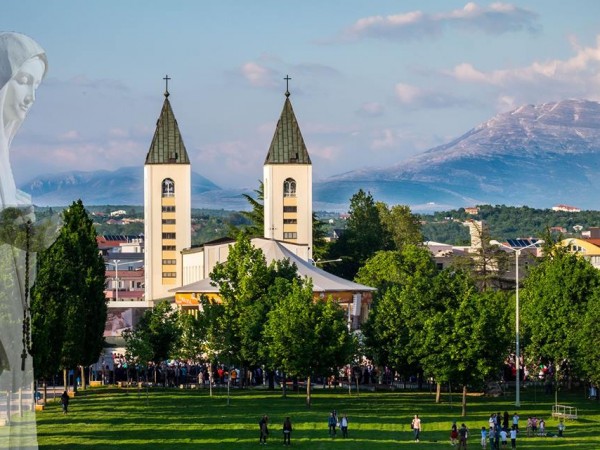 The center of all religious activity in the shrine of Our Lady Queen of Peace, as it is officialy called, is the Church of St. James located in the center of Medjugorje. 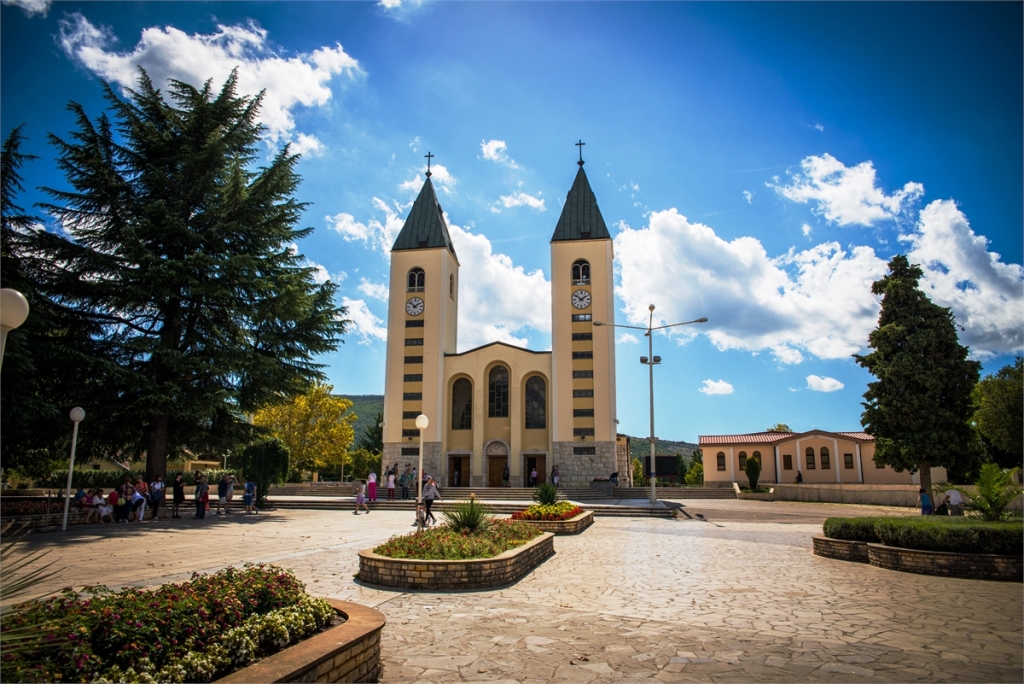 St. James’ Parish Church – The construction of the old parish church was completed in 1897, soon after the creation of the parish (1892). It was a spacious and beautiful construction for its time. Built on unstable ground, it soon started to develop fissures. Immediately after the end of the First World War, the parishioners began to think about building a new church. Construction lasted from 1934 until January 19, 1969, when it was consecrated. St James Church is today the focus and the centre of both sacramental and prayer life, not only for the parishioners, but also for pilgrims. 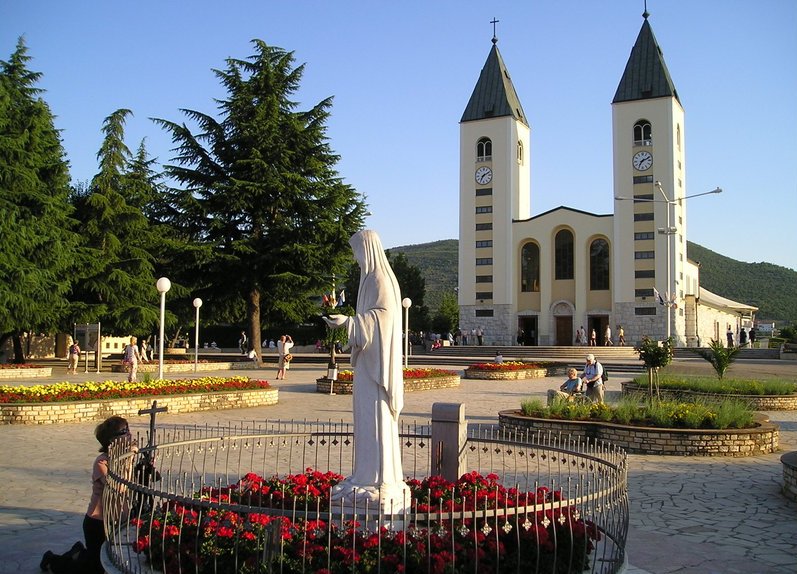 A fenced-in park situated within the traffic circle at the east side of the Shrine reminds us of the place where the old parish church once stood. 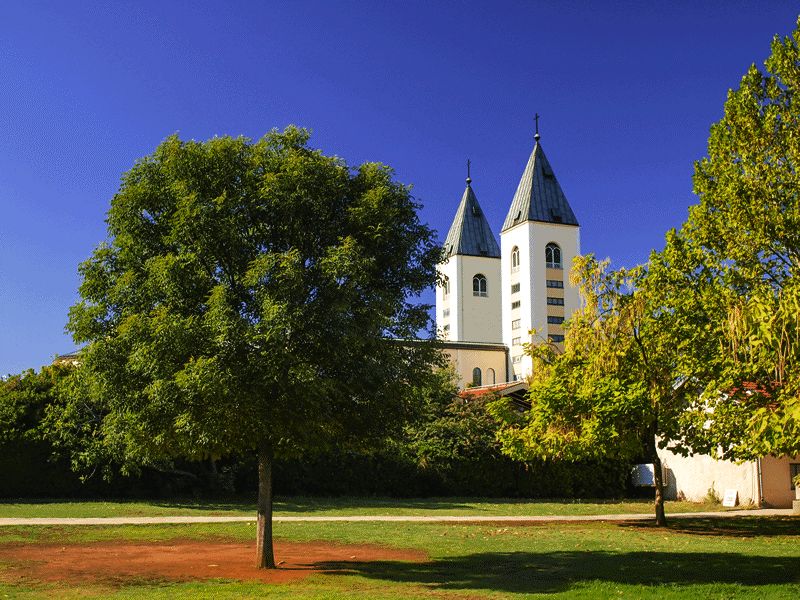 The Exterior altar – built in 1989, and the surrounding prayer area (with about 5000 seats), are a place of gathering in the summer time and for big feasts, when numerous thousands of pilgrims gather in Medjugorje. 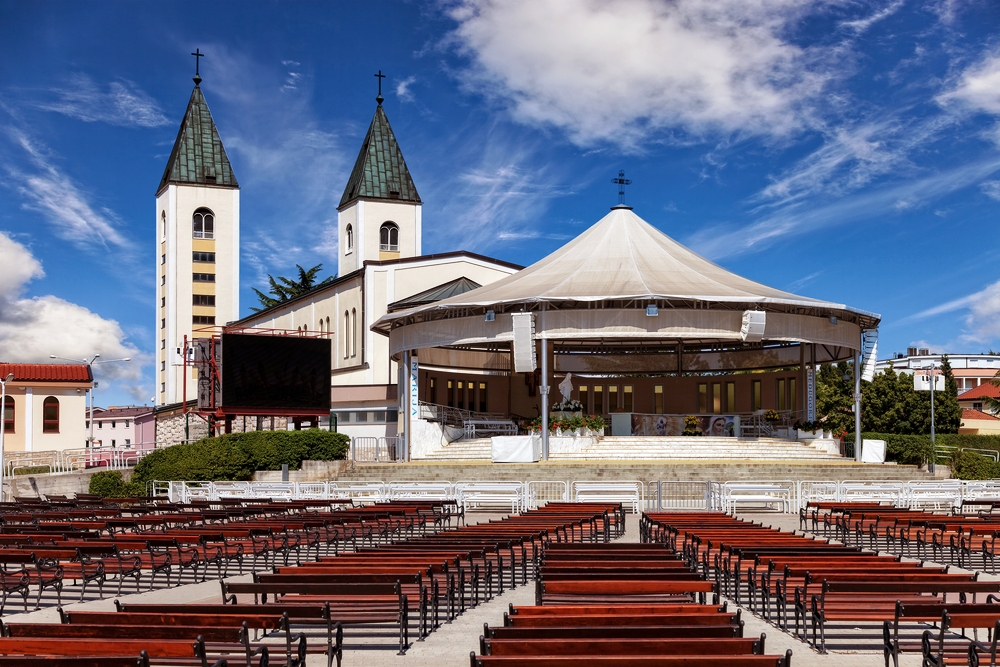 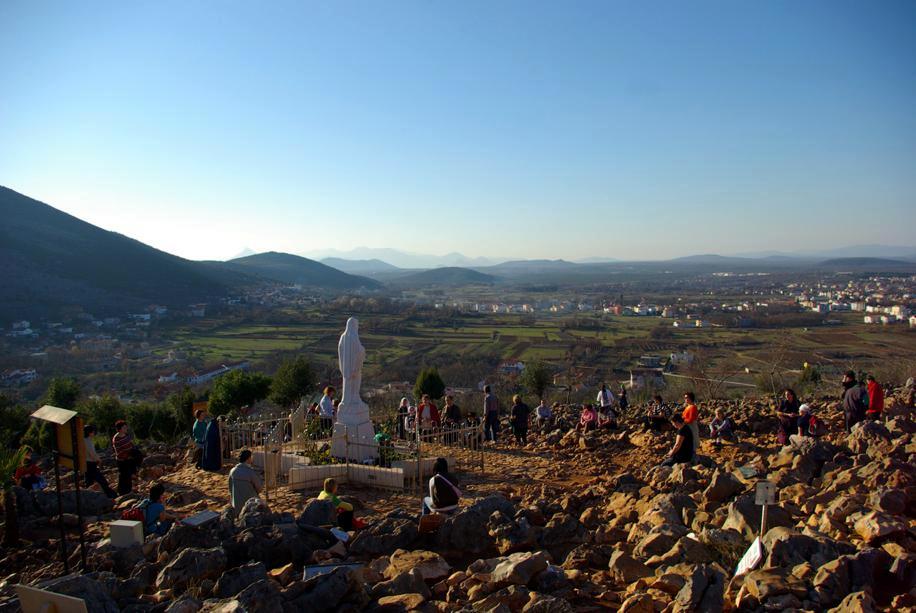 At the very place of the apparitions, in honour of the 20th anniversary of the apparitions, a statue of the Queen of Peace was placed, sculpted according to the model of the statue, which you can find in front of the parish church (the work of Dino Felici). 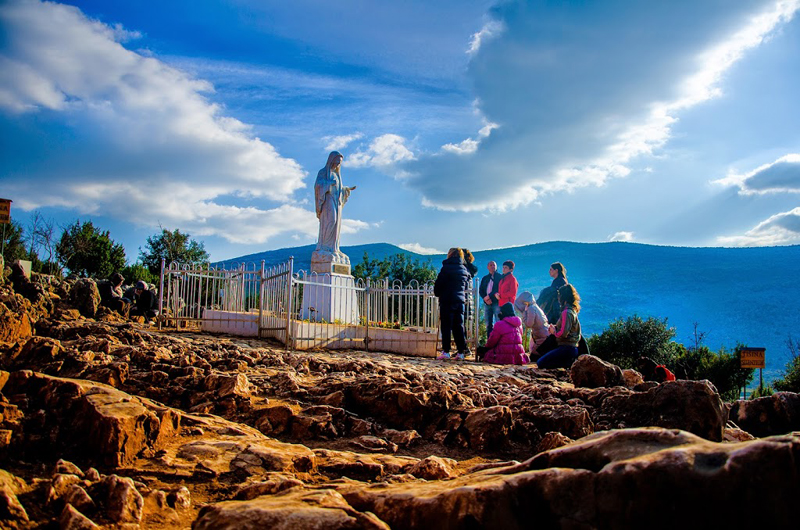 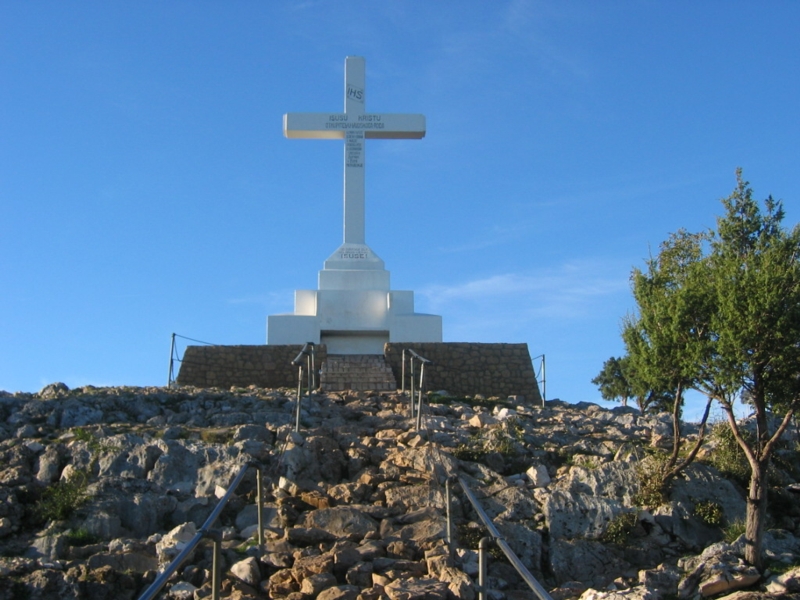 Statue of St. Leopold Bogdan Mandic (Prayer Area around the Parish Church) – The bronze statue of St. Leopold Bogdan Mandic (the work of Carmelo Puzzolo from Italy), patron saint of confessors, was put up in 1998 in the proximity of the exterior confessionals. Leopold Bogdan Mandic, Catholic saint and ecumenist, was born on 12 May 1866 in Herceg Novi (Montenegro) and died 30 July 1942 in Padua (Italy). His grave, which was originally at the city cemetery, soon became a place of worship. His remains were later on relocated to the St. Anthony of Padua church in Padua. In 1946 a process for Mandic’s beatification began. Leopold Bodgan Mandic was beatified by Pope Paul VI on 02 May 1976 and canonized by Pope John Paul II on 16 October 1983. 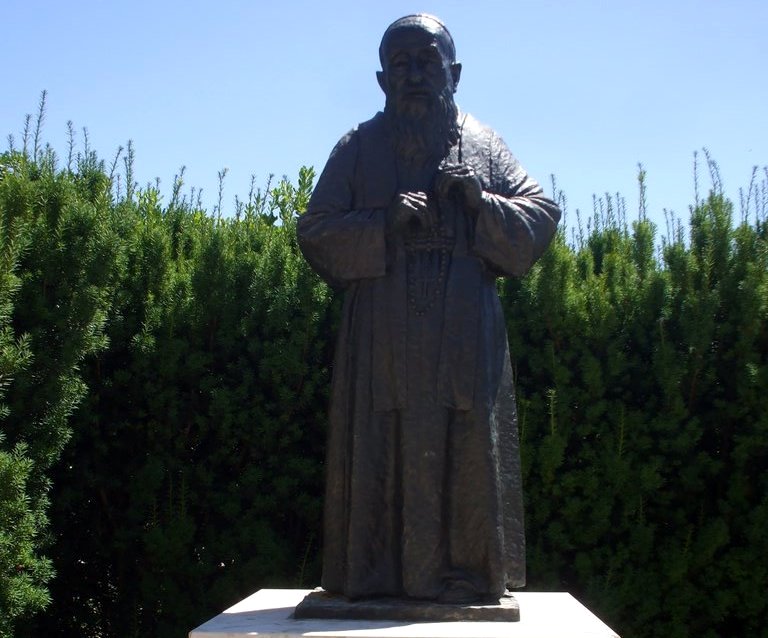 Statue of the Risen Saviour (Prayer Area) – contemporary a bronze sculpture of Christ (the work of Slovenian sculptor Andrej Ajdič) was put up for Easter 1998. It is located at southwest of the church, on the way towards the cemetery. For Easter 2002, a space was arranged around the statue for personal and group prayer of the Stations of the Cross for those who cannot climb Cross Mountain. 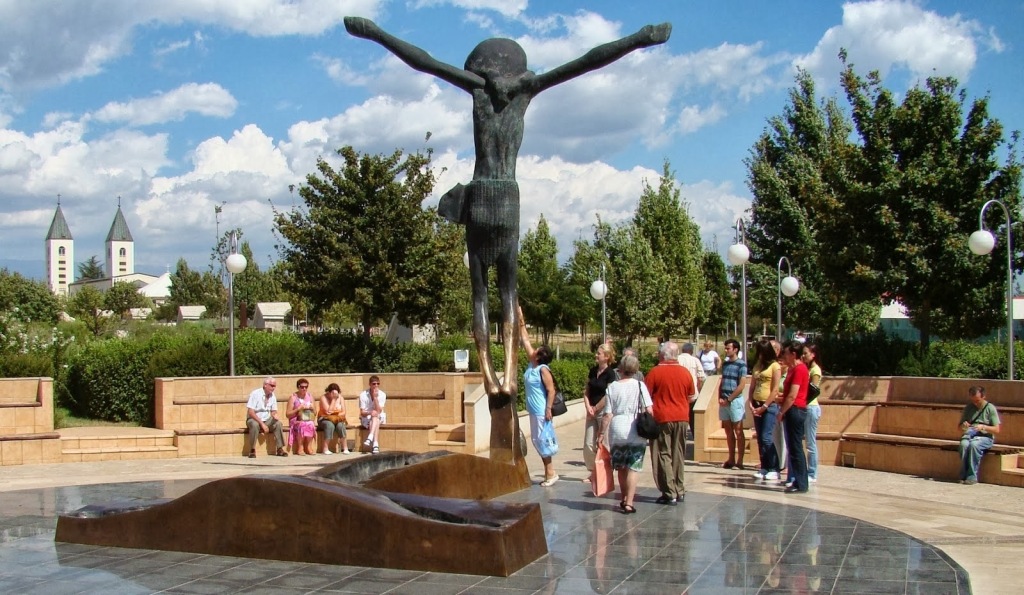 After coming to Međugorje, you will have free time for mass or walking. Alternatively, for guests who prefer to enjoy nature, will be taken to hidden treasures of Bosnia and Herzegovina – Kravice waterfall where you will be able to enjoy a refreshing swim, some walking or just a nice lunch at the cafe. 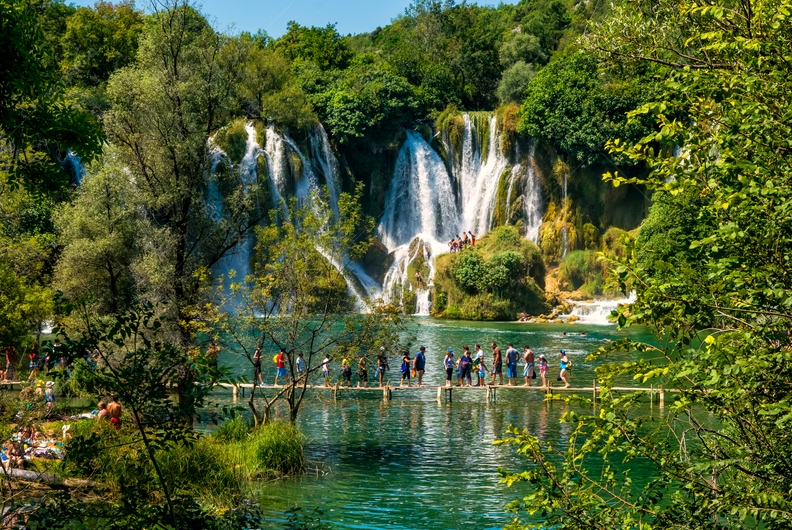 Trebizat River has more waterfalls but the best known is 12 km away from Medjugorje – Waterfalls Kravice are rare phenomenon under state prote-ction since 1954, as a natural monument of the first kind. Water gushes from a height of 28 m creating a water amphitheater 120 feet wide which creates stunning scenery with a huge roar of the rain and dew. Kravice is the perfect place for a picnic or a swim and definitely provides one of the most picturesque landscapes in Herzegovina. 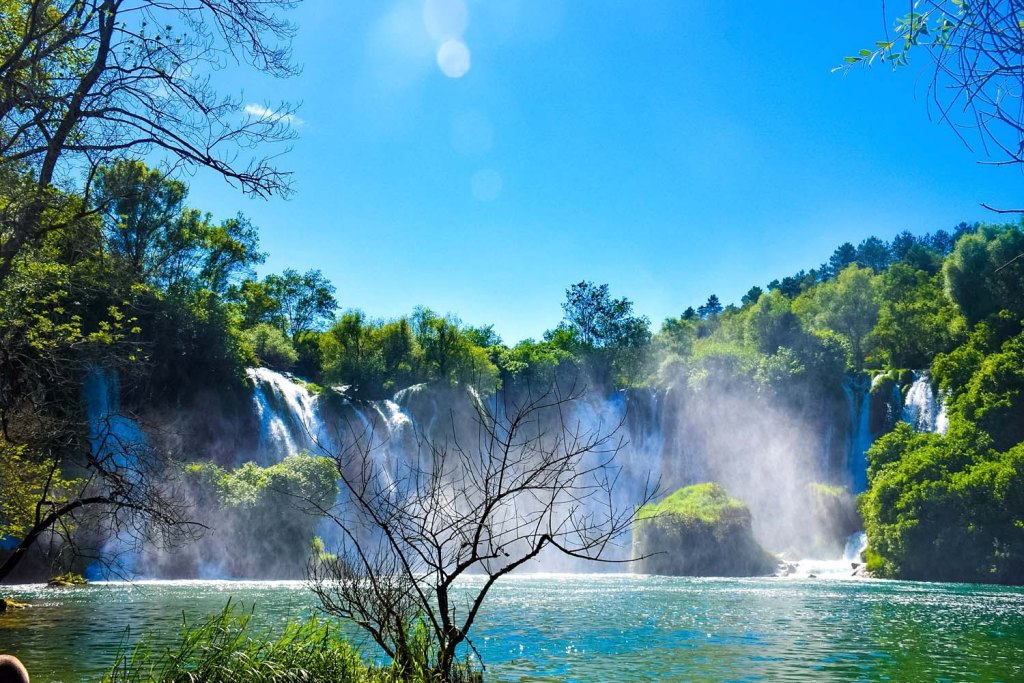 Please make sure that for this excursion you have passport or ID card! 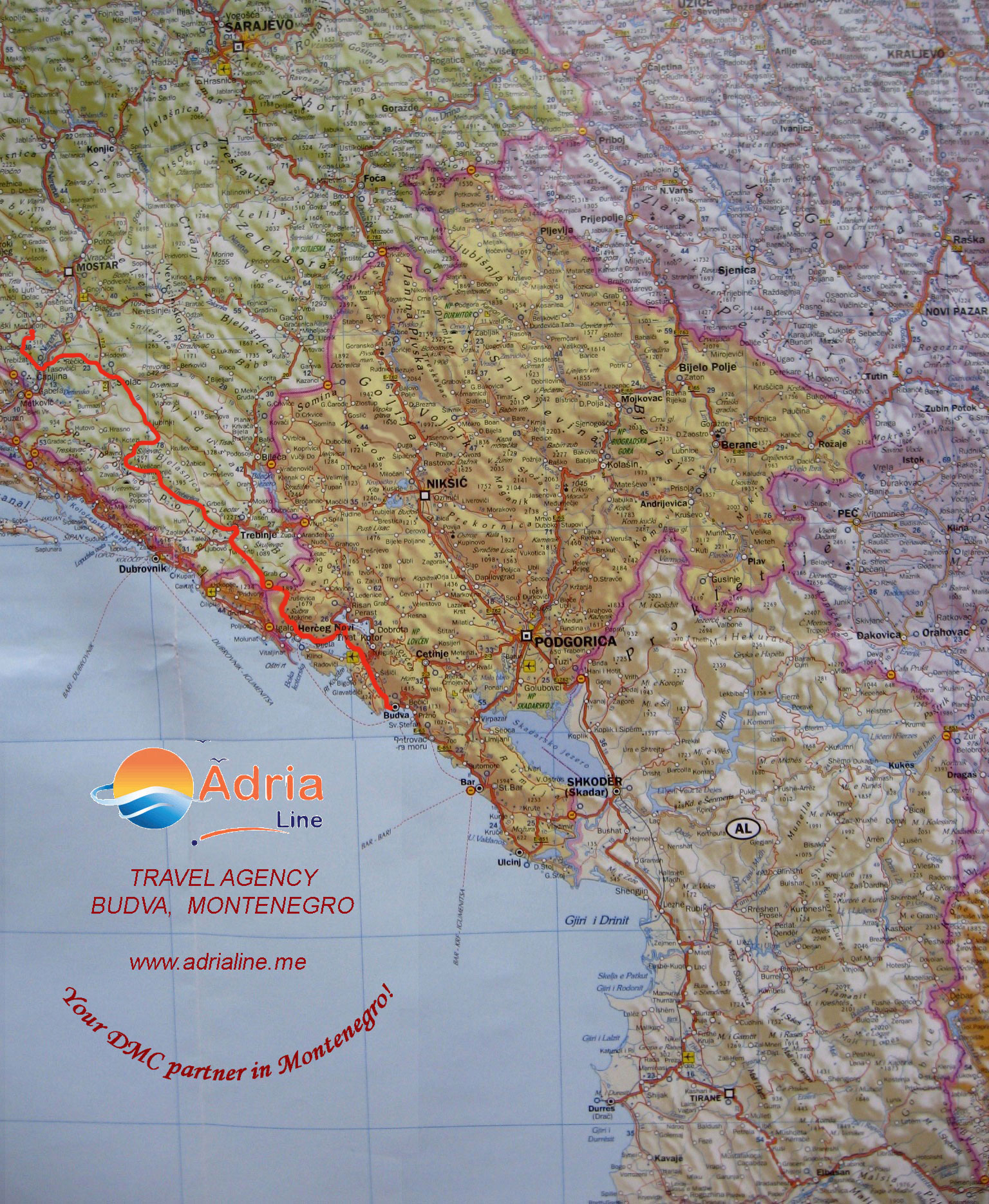