The monasteries that are dispersed throughout Montenegro, from the Byzantine period until the modern times, reveal the spiritual wealth. Each one of them has its own unique way to enchant the visitors. Each one has something special: its architecture and position, beautiful frescoes and icons, a peaceful garden, stories about miracles, a turbulent past… 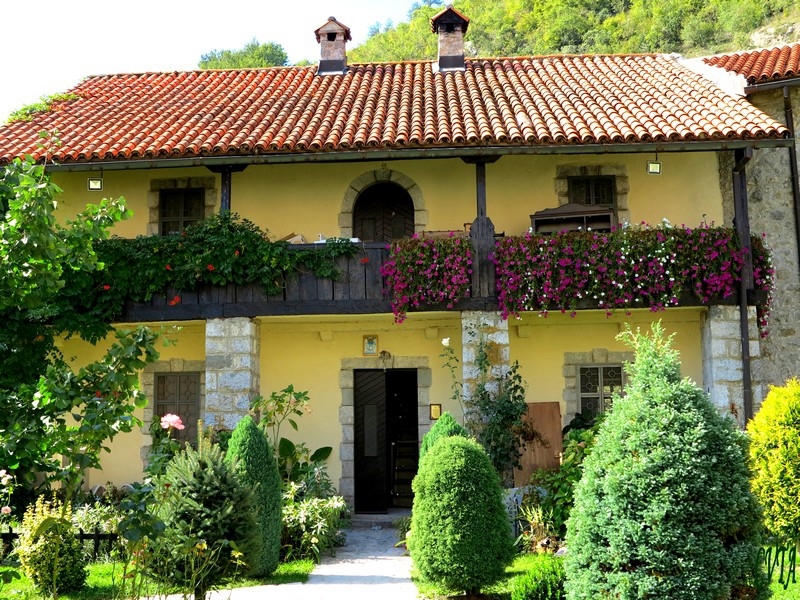 Monastery Ostrog, a miracle build by nature and human interactions, carved almost in its entirety in a vertical mountain cliff, is today the pearl of Montenegrin spiritualism that is annually visited by more then a hundred thousand pilgrims from around the world and of all religions. It is one of three most visited Christian destinations on the planet with its cave like chapel and monastery complex that preserves the sacrilege of Saint Basil the Orthodox Saint of Miracles. This destination which will take your breath away will fill your soul with elevated feelings of love toward God. 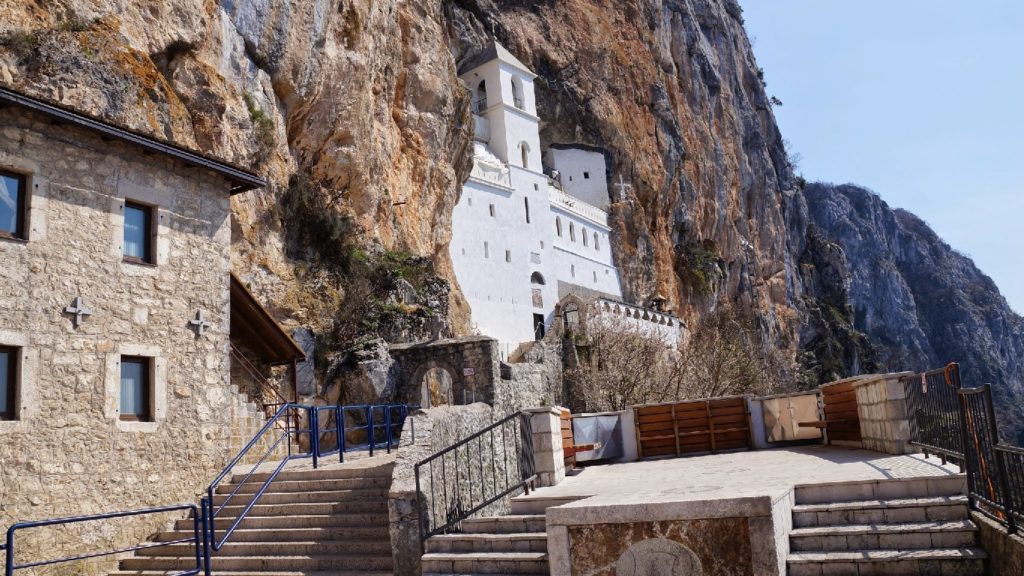 The Monastery of Cetinje was built at the beginning of the 12th century on the foundations of the old palace of the Crnojevic dynasty. Ivan Crnojevic moved the ruler seat from to Obod most likely already in 1475 (Rijecki grad – River Town). In the monastery there are valuable exhibits from the medieval period: Sava Nemanjic’s epitrahil (stole), the crown of Stefan Decanski, the Balsic dynasty’s church flag and the seal and sceptre that belonged to Ivan Crnojevic. Moraca Monastery is one of the largest medieval Orthodox monuments in Montenegro. It was built on the right bank of the River Moraca, in the wider part of the canyon, on a natural plateau with a picturesque landscape. In addition to its architecture, the particular attraction of the Moraca Monastery are its paintings. Of the original paintings from the 13th century, only a small part was preserved in the diaconicon, where 11 compositions illustrating the life of the Prophet Elijah stand out in their particular monumentality and expressive strength. Monastery is located 2 km east of Herceg Novi in the unique ambience of the Mediterranean vegetation. It is one of the finest examples of Baroque architecture in the Adriatic. It consists of three churches: two dedicated to the Assumption of the Virgin Mary, the monastery shelter with the treasury on the north side of the courtyard, and church of St. Sava, isolated on a nearby hill. The Church of St. Sava was according to some sources built in the 15th century and according to some other sources in the 13th century. The Monastery of Rezevici is located alongside the road, between Sveti Stefan and Petrovac. According to oral tradition, it was built on the location of a pagan temple from ancient times. Monastery features preserved fresco paintings from the 16th century, with layers dating back to the 13th century, valuable icons and church relics, which remain from its seven centuries long history, during which the monastery was plundered on several occasions by different conquerors, who destroyed a number of old books and documents. 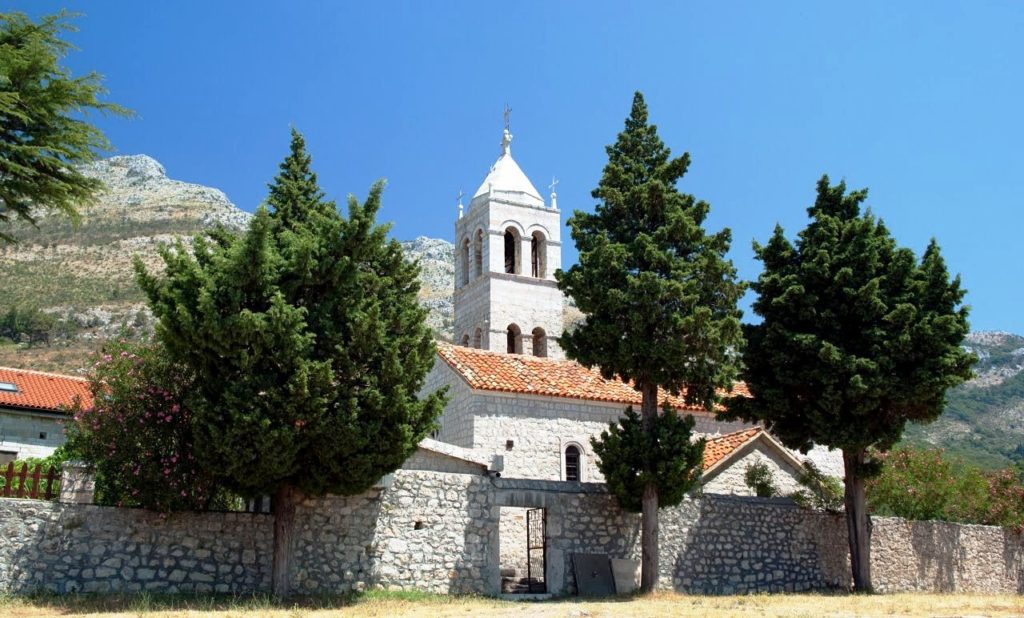 Monastery of Praskvica, near Sveti Stefan, is one of the oldest and most important monasteries in the Coastal Region. The year of its establishment is considered to be 1413, which is supported by the preserved charter of the ruler of Zeta, Balsa III, which mentions the construction of the Church of St Nicholas. It is interesting that the Monastery was named after a nearby spring, whose water has the aroma of the local variety of peach, locally called praskva, which used to be widespread in this area. The monastery Piva is located in Pluzine and is considered to be one of the most important Orthodox monasteries in Montenegro. Long time ago it was located at the spring of the River Piva, in order for it to be moved later to another location because of the construction of a dam and accumulation lake for the needs of hydro – electrical power station. The movement of the church lasted for about 12 years and what is characteristic for this monastery is that the old church has been transferred stone by stone (the old church was un-built, and from that same stone a new church in another place was built), two kilometers away from Pluzine. Work on relocating the church lasted from 1970 to 1982. From the church walls 1,260 square metres of frescoes were removed and then relocated. The monastery owns a great treasury: Psalter of Djuradj Crnojevic from 1495, “omofor” of Savtije Sokolovic from 1568, personal belongings of Bajo Pivljanin – national hero, and many other things. The monastery Beska is a monastery that is located on Skadar Lake on the same named island. Numerous cultural-historical monuments as well as archeological locations, monastery complexes and fortifications are widely scattered all over the Skadar lake basin, and the large number of islands carry evidence that even in the XIV and XV centuries this area represented a significant cultural center. 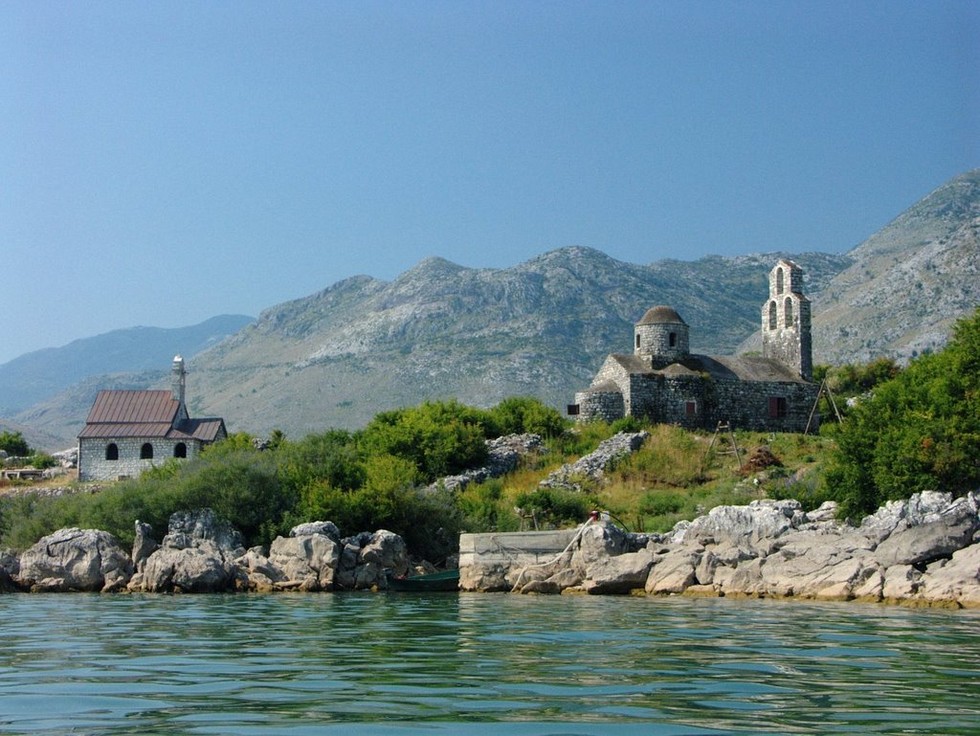 Djurdjevi Stupovi is a Serbian Orthodox monastery near the town of Berane, in northeastern Montenegro and it is the most important historical and cultural monument in this area. The County Prefect Stefan Prvoslav, lord of the Medieval Budimlja area, son of the great County Prefect – duke Tihomir and cousin of Stephan Nemanja built his endowment in 1213 on the left bank of the Lim River. In addition to the remains of frescoes, the monastery treasures a large cross, a masterpiece of 19th century master goldsmiths, as well as a large copy of a gospel with a silver cover.